When you ssh -X into it and start Pianoteq, a window opens up on your computer with the SSH console.
Look around. I guess you will find it one of the preference windows. 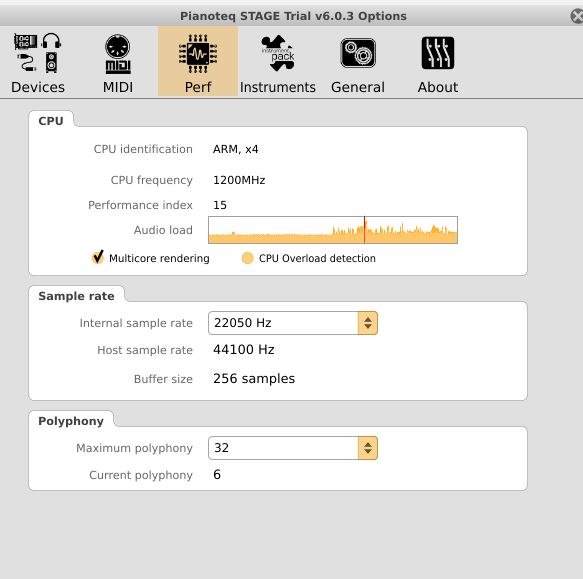 This is using the non-Waveshare 5" HDMI using only the touch pins and the “2nd DAC” described at this link.

Internet radio: How to connect I2S DAC to Raspberry Pi

To build your DIY internet radio, you connect Raspberry Pi to some DAC (digital - analog converter) and add any audio speakers with amplifier. To play music use any ‘headless’ music player you like (volumio, rune audio, max2play etc). You control...

Here are the two (powered off) side by side. Needless to say for simplicity I would highly recommend the Official Pi Touchscreen and the PCM5102a module with the L-shaped pin arrangement. Had I read about it before trying to hook it up I would have made “built-in” 3.3v and gnd bridges when I soldered the headers on). 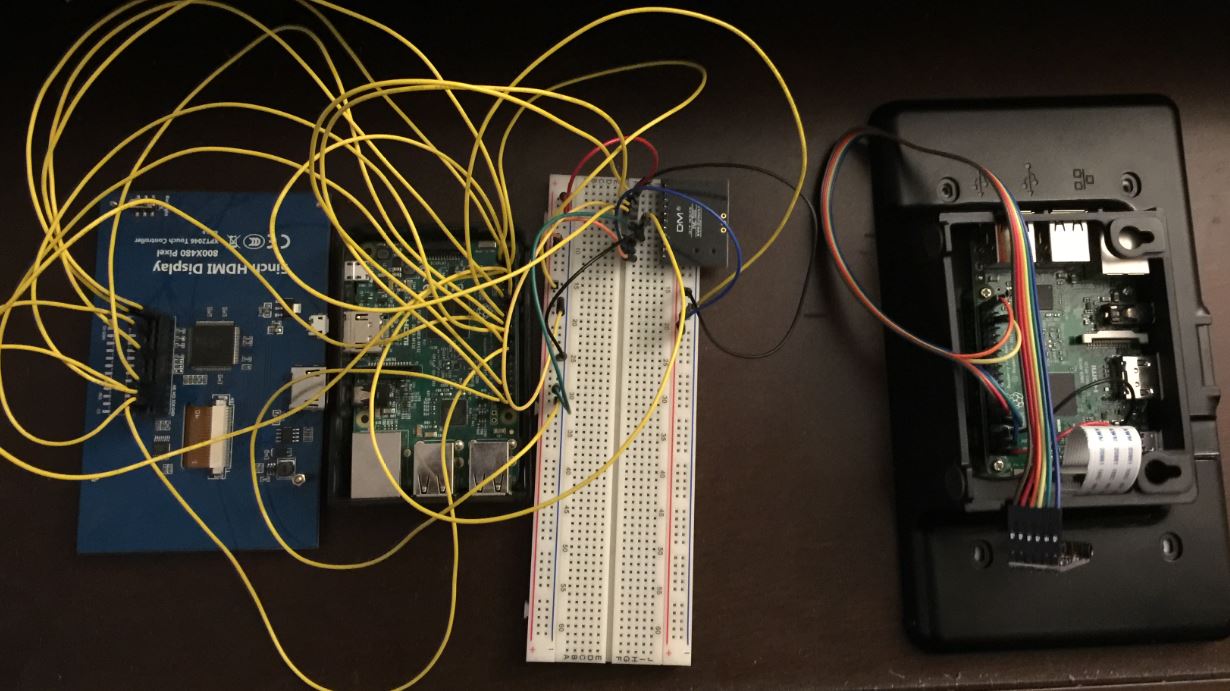 This is the Official Pi Display with the “1st DAC” module. Note that the Performance index is 12 compared to 15 on the other. Same version of Pi 3 (not the Pi 3 B+, I’ll grab a couple of those this weekend and see if there’s a difference). 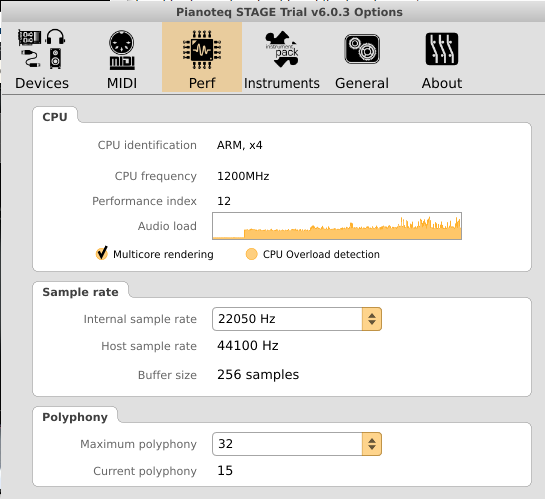 @c0d3man Less is best or wrist?

Less is best or wrist?

AFAIK less is worse - I hope so, because otherwise I would have lost.

And what would be the minimum necessary for Pianoteq to behave as expected?

Difficult to say: If you reduce the number of voices (and can live with it) or the sample rate or the buffer size, you can use a “smaller” board if necessary.

The absolute minimum (IMHO): Raspi-2, maybe only working as a toy…

fyi, the zynthian with AudioInjector Ultra 2 is showing 16 as well.
But it needs more power and I see the yellow flash again.
I am going to buy a 6A power supply

The PCM5102a is supported quite well (and quite easily) by Raspbian. It requires enabling i2s and dtoverlay=hifiberry-dac but it fails on the standard “Gorgona Omega” SD-image. I wonder if it relates to the GPIO18 conflict you reference (whatever that is). GPIO18 is the bit-clock hence required by the PCM5120a. Could it be that Zynthian uses GPIO18 for another purpose and hence hijacks the pin from the i2s driver?

I2S is quite simple: PCM data is streamed serially on the data line and is clocked into the ADC using the bit-clock. ADC switching (left / right - or even more channels is permissible) is done by the LRCLK. A master clock can drive the ADCs but tying this input to GND makes the PCM5102a generate it internally which is why this chip works with RPi which does not proved a master clock.

[Edit] I am not sure why but it is now working:

Installed “Gorgona Omega” SD-image.
In Web interface:
Set audio interface to HifiBerry DAC+ light
Set display to Generic HDMI display
Set wiring to Dummies
WORKING with display on HDMI and USB mouse pointer. Sound from I2S. USB MIDI input.
It occurred to me after posting this that GPIO18 can’t be relevant because it is used by HiFiBerry DAC+ Light.

I built a prototype zynth on veroboard with a 40 pin IDC connector and a 50 cm ribbon cable (from and old IDE disk drive) connecting to the Raspberry Pi. The I2S output had occasional clicks indicating timing errors. I added a 22pF capacitor between DIN and GND which seems to have solved the issue. This was a bit of adjust-on-test (trial and error) but it seems to have worked. 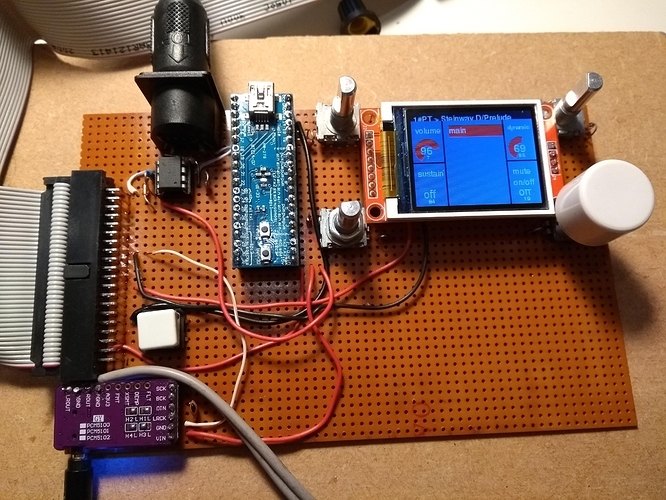 What is the 48pin-uc-controller board for?

It is actually a 40 pin Maple Mini (clone) STM32 microcontroller providing I2C interface to the rotary encoders (and more). See here and here.

Just had an issue with the sound output from my PCM510x board. No sound coming out. Eventually traced to the I2S board having stopped working. I don’t know if it was muted or just not happy. I had to remove power from the RPi to reset the board. (Powering down the RPi didn’t help because power was still fed to the I2S board so it wasn’t reset.) The PCM510x has power on reset but no other reset mechanism so if it gets upset like this then a power interruption is required.

Hi, I can’t connect this board,Zynthian I don’t see it.

@rozhok can you give some more detail of how you try to connect and configure? Some pictures of the installation and zynthian webconf details for the soundcard would help.

Hi,
I can confirm that these cheap ali express pcm5102 are working using the hifiberry dac light option in webconf.
But I’ve experienced a bunch of xruns. Having a better power supply improves these issues a lot.