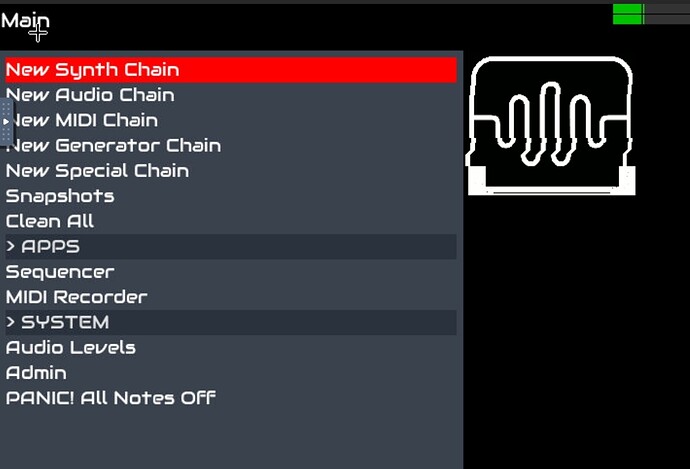 You should enable on-screen buttons from webconf. They have been improved quite a bit: 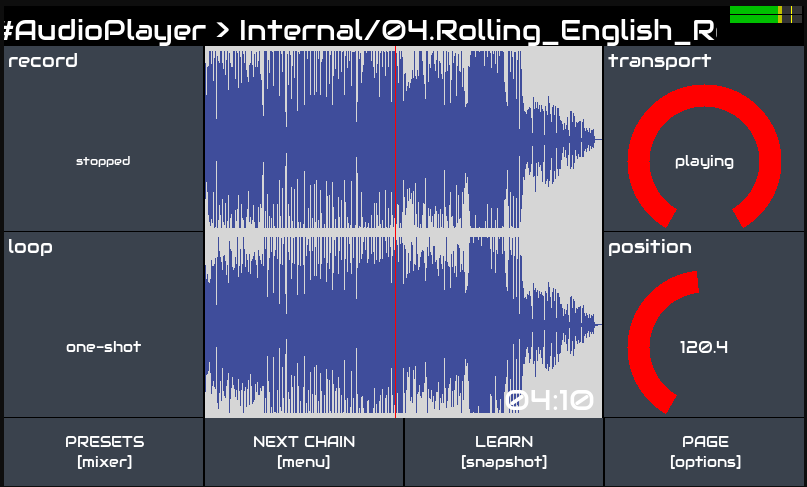 Doh… Sorry about adding to the forum noise.

Wait, maybe that wasn’t an error on my part. I did have on-screen buttons enabled but it isn’t working in some places like the Main menu. Button and control selections work on plugin screens and the mixer. I can select Channel 1 and Main output. I can select Mute and Solo and change channel and main output levels as well but many menu options simply can’t be selected.

I am not seeing this behaviour. I can click on each menu entry to activate it. I tend to use the QWERTY keyboard of my laptop whilst navigating VNC sessions. the default keymapping matches the encoder / switch layout (on most international keyboards).

What version of ZynthianOS are you running?

[Edit] I think I may have experienced this briefly. I think it was due to the laptop OS / browser thinking a modifier key was still asserted, probably after Alt+tab or Ctrl+tab or Ctrl+Shift+tab navigation of windows / tabs. NoVNC has some issues with keyboard/mouse input sometimes. I find that pressing each modifier key generally fixes this.

[Edit] I can see a behaviour now where tapping the touchpad on my laptop does not trigger selection of a list entry but does trigger topbar navigation and mixer control. Clicking the touchpad’s button does trigger menu navigation. If you a “mouse” button to click, try using that and report this as an issue in the issue tracker.

[Edit] The cause is some debounce code that tries to avoid clicks or screen touches retriggering. It isn’t really needed for mouse control but helps with touchscreen (which is the primary use case).

I was still on the last Stable version but I hit update two days ago and clearly the system updated to the new version of the system which I didn’t expect. It took a long time but was apparently successful in both the v3 RPi4 Zynthian and the headless RPi3.

Thanks for the update on the issue.

Ah! Maybe you caught a bad time. That shouldn’t happen. Old stable should be frozen so an update will move to the latest version of stable-2109. There should not be an automatic update to 2211

Yes. There was a “lapsus” of several hours where you could update your old stable to the new one. If your upgraded stable works, you are lucky! Currently, upgrading old stable to new one is blocked for avoiding lot of users complaining because they weren’t so lucky as you

Well I must be special.

I should go ahead and do a clean upgrade for both though.