Are all displays/DACs created equal or should I be looking to buy specific models for Zynthian?

I’m thinking of seeing if I can get a cheap DAC with 3.5mm headphone socket and also a small touch screen for control but I’m finding lots of viable options on eBay and wondering if I’m going to run into problems with unsupported hardware. For the screen, for example - will pretty much any touch screen made for Raspberry Pi work with Zynthian? Or should I be looking for a specific brand? If so, what’s the cheapest ~3.5" screen I can buy? And same question with a DAC with 3.5mm headphone jack…

Depends how much would you like us to be able to be helpful. If it’s a Hifiberry we all know about it, other stuff, search the forum, if it’s not been mentioned we’re not going to be much help.

You pay your money and you make your choice…

Zynthian exists in a the strange hinterland between commercial enterprise ( hi Jofo!) and open source. Obviously the kits supplied are the standard from which things vary and those are the examples that we concentrate on. The open Source side of this project leads to great benefit to us all and I’m probably the person who has produced the most outrageous extremes (unless someone knows better) and I have got it running on all kinds of screens. Personally I prefer bigger screens, the standard 7" touchscreen is particularly nice but is difficult to mount in such a way that the Pi connectors are easily accessible. Touchscreens smaller that 2.8" really are glorified buttons and really not viable except as display devices. ( I think @riban did some work there).
The difficultly with cheap electronics on the internet is you move into a world of clones of sometimes variable quality, rejects, dubious performance, increased power consumption and such like. Obviously the installing of non standard screen is your responsibility and so you must be prepared to do the work of connecting it. People round here will help, as I hope I have demonstrated, but you are on your own. The positive side of that is when it does work the sense of acheivement is very gratifying, and the knowledge is it’s own reward, althou’ I find I tend to forget what I did to get something working and often have to work it out from first principles again when I update the machine, hence my rather copious notes when I do do this sort of thing.

The issue of audio quality is also, obviously, dependant on the individual card, and a cheap Chinese clone of dubious origin of an audio injector or hifiberry is bound to have limitations and these tend to show as background noise or interference, and only you know what your threshold is to these characteristics. IT’s interesting to note that the Audio Injector guys are producing a standard for isolated audio for precisely these reasons and hopefully the noise floor will get even lower. It’s not easy to produce cheap electronics in such tight proximity to an electronic transmitter like a Pi…

So personally I would swallow the cost and get an approved device via jofo, as that contribute money to the main cause and means he doesn’t end the week choosing which one of his daughters he feeds

The Audio injector kit seems a bit noisier to my ear but its physically more flexible and smaller which helps in some case situations, and frankly if you’ve ever listened to the noise coming out of some commercial kit, especially if there is a bucket brigade chorus unit on the output, then you realise that once the device is making music it really doesn’t matter too much if the craic is good, but for the atmospheric world of ambience the background noise can be a real deal killer. Once again the choice as ever is yours, but I would think the process of buying a cheap card, being dissatisfied, and then upgrading is probably not the most satisfying path, but then I can afford most cards, so don’t really comprehend the financial pressures that I know are far more of an issue for people in other parts of the world.

So sorry if this doesn’t really answer your questions, but hope if gives you some thought as to quite where you go next. The last thing I would say is design the case and choose the screen & card that fits your case design best rather than buy the screen & card and then try to design a case around it, and also consider the Power Supply, this is as much a contributor to the overall sound and usability of the device as any other component but is frequently left till you find runs & lightning bolts on whatever screen you have chosen . . .

Is Hifiberry worth the cost though? Seems like there’s cheaper ‘pi hats’ on eBay, hence why I’m asking whether all DACs are created equal…! Also I don’t see many of them with 3.5mm headphone outs (or do most people just use RCA > Jack adapters?) and also I even saw some with audio inputs which could be useful for sampling but I don’t know whether Zynthian has any decent samplers built-in…

That’s all helpful, thanks! Nothing would make me happier than buying from the site that’s put all this effort into an amazing open source project, but having browsed through it I’m slightly disheartened by a couple of points: firstly although I hail from the UK I now live in the USA and so with all the prices on the site being in Euros I’m saddened at the idea of maybe having to wait forever for a shipment from the EU when I’m itching to get started on my project while in “quarantine” (!!). Secondly, it looks like the store has you covered if you want to buy an ENTIRE kit, or just the bare bones, but not if you want to pick-and-choose for your project. Case-in-point for me, I’m trying to build this Zynthian setup into a MIDI keyboard, hence only having room for a ~3.5" screen (yes, I am well aware that it will be basically un-useable as anything but a screen!), and so I only need the screen, a DAC and potentially one of those cute Y-split ribbon cables, and unless I’m missing something it doesn’t look like it’s possible to buy those individually from the store here.

Anyway, maybe I’ll keep browsing the store and hopefully throw a few spoonfuls of food to the creators’ kids

Adding headphone amps to audio cards is a little harder than it might first appear, especially if you want separate volume control for headphone and audio out. In effect you have to duplicate the audio chain and provide two amplifiers that can drive a pair of cans properly, which can involve voltages a little bit higher than 3.3V . …

Hmm I see. Basically I just want to be able to plug headphones into my Zythian inside the MIDI keyboard, effectively turning my controller keyboard into a synth that I can sit and play on my lap on the sofa or similar. So are you saying the RCA ports on the standard HifiBerry wouldn’t be capable of doing that if I jumped them to 3.5mm jack?

Depends on what you mean by a pair of headphones, studio quality senhiesers (sp?) would require considerably more driving than a pair of earbuds. I use a behringer P2 headphone amp which is a battery powered device in a nice metal case with a clever 1/4" & cannon input if I want to listen with headphones.

I use this, it’s made in USA, cheap but good. https://fe-pi.com/products/fe-pi-audio-z-v2 Mine is the earlier v1, but I’m sure it would work. It is an option in webconf.

cheap pcm5102a dac from aliexpress is recognized by zynthian as hifiberry-dac.
But headphone output is a bit crappy

Output from the small China pcm5102a boards is more of a line output. Works with small buds, but I killed two connecting them to my real headphones. They need a headphone amp. There are cheap useable boards from China…
-bitz 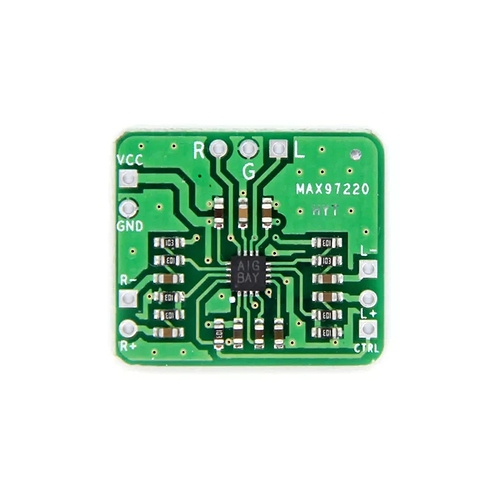 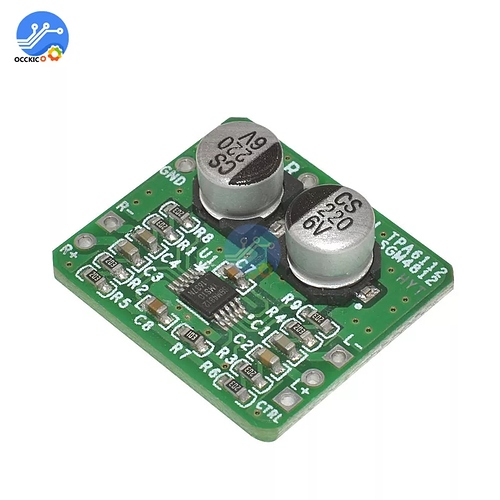 Do you get those from Ali?