This topic is to describe the challenges and solutions to using Zynthian as a guitar processor and to share experiences, hints and tips and of course

Connecting Electric Guitar
Zynthian has evolved over the years to use various soundcards and there are also many custom builds that use other (non-official) sound cards. Invariably these cards do not have an audio input optimised for direct connection of an electric guitar pickup. An electric guitar pickup is a set of windings of (usually) copper which is connected via potentiometers, resistors and capacitors (volume and tone control) to its outlet jack. This expects to be connected to a very high impedance amplifier, in the order of one mega Ohm. This differs from electronic instruments such as synthesizers which are designed to connect to inputs in the order of a few kilo Ohms.
The science of impedance and its effect on audio is reasonably complex involving the use of imaginary numbers to represent phase shifts, etc. I feel this is beyond the interest of most gigging musicians so let’s not go there but instead make some broad descriptions of behaviour.

Plugging a guitar directly into an audio processor with an impedance below 500 mega Ohms is likely to affect its tone and possibly increase the risk of hum and buzz. The impact on tone is the most significant here though. Most Zynthians will have an input impedance much lower than this and hence will not be optimised for direct guitar connection. You can certainly do it and the V4 series (and possibly earlier models) have a great Hifiberry soundcard with sufficient gain to boost the signal and an analogue front end that saturates (clips / distorts) quite nicely if over-driven but the poor impedance matching can lead to difficulty equalising the frequency response. The guitar can sound muddy, failing to cut through with notes sounding indistinct. This may not be an issue for some types of music but you may prefer to have a cleaner, more accurate reproduction.

You could try to use an LV2 effect to adjust frequency response, like a multi-band equaliser but this is fighting to fix something that you have just broken and is sub-optimal, generally giving poor results and using valuable processing power. A better way to resolve the issue of impedance mis-match is to… well, match impedance. This is done by inserting a device between the guitar and the Zynthian.

You could build or buy an impedance matching unit. These are usually called direct injection (DI) boxes but beware that many do not have the very high impedance input we want for a guitar.

You could use a guitar effects pedal. For example, the input of a BOSS pedal is matched well to a guitar as it expects one plugged into it. Its output should behave like a pickup coil (because it expects to be plugged to a high impedance guitar amp) but its electronics actually allow connection to a lower impedance such as our Zynthian. It may be able to be used in bypass (even without a battery!) but my BOS pedal requires power to work in bypass. This may be the simplest method for many who already own a pedal as it allows for practice, rehearsal and performance rigs and decouples the guitar from the Zynthian by having the guitar cable (which may be moved dynamically) going to the pedal with a more static cable going to the Zynthian.

You may find plugging your guitar directly into your Zynthian is fine and I have been doing it for some time but you may, like me, have struggled with tone and want to add that extra device in an attempt to resolve it. (I am not at home for a few weeks so am without guitar and amp to test all this but will be adding my venerable Boss pedal to my rig upon my return.)

hints and tips and of course

I got a little Guitar Preamp board at Aliexpress, for $4.55 shipping included.

It uses a TL072 dual JFET op-amp, the board may be designed for 12V, but the chip spec suggests 4.5 V to 40 V operating range. (Have not tested mine) plug for the 3 pin connector soldered on the board I received, was not included.

Other sellers do include that single ended power & signal out cable. 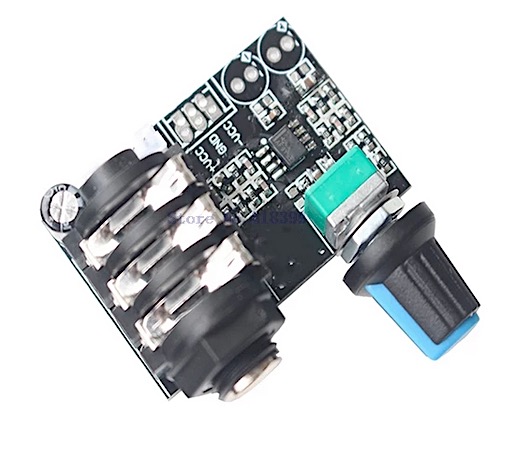 Not really Zynthian related, the MIDI Guitar desktop and mobile app. does a good job of recognizing cleanly played chords. 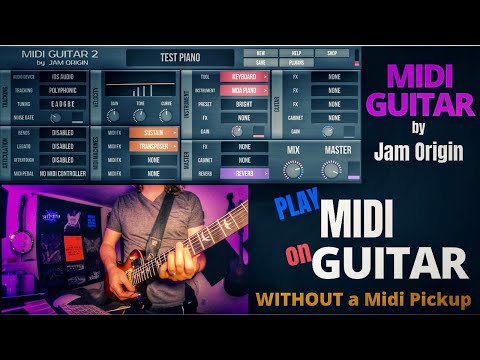 The developer of a single note guitar to MIDI app, apparently translated his commercial product code for the Raspberry Pi Pico, there’s little in the “open source part pf the code” seems that the Pi may just be am ADC that sends data to his commercial app on a PC.

It’s something that tends to get overlooked in the bench excitement of actually getting a sound out of things.
The hifiberry A/d & D/A card is a fine and wonderful thing as you say but the connectors, a 3.5mm stereo jack for input and two RCA ( phono) connectors are on the edge of acceptable for desktop work, but completely unsuitable for anything that gets near a stage.

What this means is you are either de soldering things to add more ruggedixed connectors and providing them with a suitable enclosure to protect them, which becomes a far more involved process than simply using a raspberry pi to do some processing.
The guitar itself, is as you say, a fairly simplistic high impedance source and requires some form of impedance matching to make it controllable, and one hopes that is placed as close to the guitar as possible. That of course, means you are needing power supplies and that really means 9v batteries because anything else is unwieldy , and even that is limited because op amps require a plus and minus supply and 9v gives you +4.5 & -4.5 which is a bit marginal.

I’ve tried in the past powering down the cable but it leads to lots of very nasty noises as the cable flexes and moves and briefly disconnects.

Anyone used wireless systems successfully, or do these simply open up a whole new set of problems?

I was in a music shop yesterday and as I walked in I heard the end of a conversation where the shopkeeper told the customer that wireless is generally shunned due to unacceptable latency. I think there is capacity to develop robust wireless connectivity but analogue wireless systems are being outlawed in various jurisdictions sir to the RF bandwidth savings that digital provides. Here in the UK we have just lost the analogue bands for wireless microphones. Professional digital wireless is used extensively for broadcast and live audio.

I was not able to find information on such regulation changes in the UK, there is a group focused on preservation of radio frequencies for culture and media:

@riban I have an EP Booster (clone) pedal which provides the needed high-impedance input and low-impedance output. I’ll test that out when I have the passive pickup guitar again and report back.

@wyleu - I have a wireless system, but it’s UHF and it doesn’t like the active pickups very much, it’s not designed for such low impedance. But that’s a stroke of genius. I will definitely try it out when I get my other guitar back from the shop and let you know.

@riban The EP Booster clone has something wrong with it and the Zynthian does NOT like it. Whenever I engage it I get a “click-click-click” from the power supply, even when running on battery! I can see the light on my power strip pulsing slightly at the same rhythm. This is surely builder-error somewhere (I built the pedal) because my professionally-made pedals play nicely with it. So I can’t fully validate, but I think your theory stands. It sounds nice with my compressor in front.

@wyleu The wireless system works great. I was getting a decent amount of noise coming off the cable with my passive pickup guitar, bu this is basically gone with the wireless system. This is definitely my preferred way to use the Zynthian for guitar effects now. I can’t hear any latency with my UHF wireless system (non-affiliate Amazon link); the manufacturer claims under 2ms. I will also say that some reviews claim that the system introduces a slight noise-gating effect. Perhaps that’s a feature for me here? At any rate, it works great and I love it. Here are a few clips:

I (eventually) tested inserting an effects pedal between my guitar and Zynthian with good results. The low-pass filtering and general lack of presence is gone which gives me confidence I can get the sound I want from this setup.

Via Boss DF-2 in bypass:

(Just a quick and unrefined recording into the Zynthian audio recorder for comparison. Don’t judge my playing!)

I don’t play a guitar, but I have used a Line6 G10 wireless system with my (now sold) AE-10 Aerophone wind controller. The latency is negligible. They’re not cheap, and the receiver is larger than I’d like, but they perform well (and I assume they provide high impedance). Mine even has a balanced output.

One caution is that they don’t work nicely with a stereo input socket (to the transmitter). That’s not a problem with a guitar, but it was for my AE-10.

I just use a cable.

That of course, means you are needing power supplies and that really means 9v batteries because anything else is unwieldy , and even that is limited because op amps require a plus and minus supply and 9v gives you +4.5 & -4.5 which is a bit marginal.

I know this was 8 months ago, but I’m reading this topic now and just wanted to point out that you can use two 9 volt batteries connected in series and get +9 -9V, and can get whatever voltages you want if you’re willing to use more-different batteries. You connect ground to the point where you connect the batteries together.

Thanks for that, and you are certainly right. Most of my teenage years were spent building 741 based op amp circuits so plus and minus 9 volt supplies from small batteries were pretty much the starting point for everything I did.