Well a Wedding was what went wizzing by. . .

Two of these did the show, 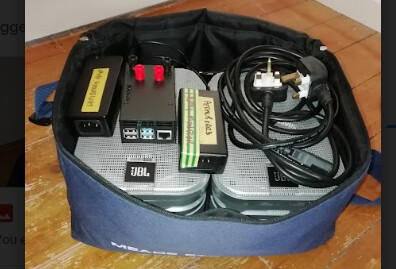 One in each room and the violinist carried her stand from one to the other !

39 pieces of backing track for the service arranged in blocks by using the alphanumeric numbering in the audio recorder . . . . 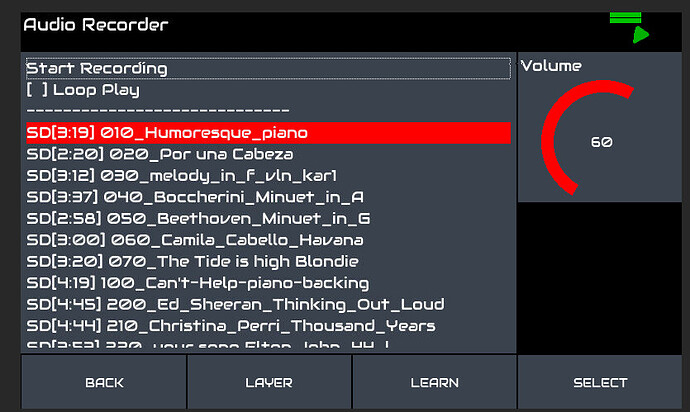 All went splendidly driven by hdmi connected screen and a mouse.

We have it down to a three button foot switch but we didn’t use it yesterday. . . .

Observations, well the volume control in the play screen should always be displayed not just when you are playing something. I can see the reasons but you need the ability to alter the playback level BEFORE you play a piece… Especially if there is a fast in …
The photographer didn’t believe that all it was a Pi and two speakers and it was doing easily enough volume to fill a room with 80 people in it.

Tried to arrange it so I could trigger wedding bells on the other system from the other ceremony room via wifi but the hotspot on the second zynth wasn’t accessible from the adjacent room.

Tried with the hotel wifi but it didn’t like forwarding host to host so didn’t pursue it.

Would have been a nice touch ( imho) but will try again at some point.

Ability to read only the Audio recorder page as an audio player only. ( if the audio recorder concept still exists and doesn’t get neatly swept up in to zynpad and ZynMcMixer in the near future

I have found the wifi hotspot n Zynthian (Raspberry Pi) to have limited range. I do have a configuration with my netbook and Zynthian that forwards traffic from the Zynthian hotspot on to hotel wifi and Internet.

Excellent to see it worked well. Zynthians in the wild - a new BBC programme presented by David Attenborough.

There is a logical catch in wifi setup in that you can’t set up a local wifi access without going throu’ the hotspot to access the webconf page to enter the house settings and Android tablets, once they know of an available network with Internet access, will default to it at the drop of a hat !!! (Mummy google where are you …? ) …

So don’t use your tablet to access house wifi till you have set the house wifi on the zynthian if you see what I mean.

Tried to arrange it so I could trigger wedding bells on the other system from the other ceremony room via wifi but the hotspot on the second zynth wasn’t accessible from the adjacent room.

Tried with the hotel wifi but it didn’t like forwarding host to host so didn’t pursue it.

Zerotier could help for a bridged network connection.
I did install it via command line following a raspbian tutorial. Zerotier creates a virtual LAN with static IPs. It probably won’t care about local hotel restrictions. Depending on hotel wifi restrictions it might need internet access to work as expected.