It’s been a hard month preparing the new SD image, but finally it’s here. Its name is Gorgona! 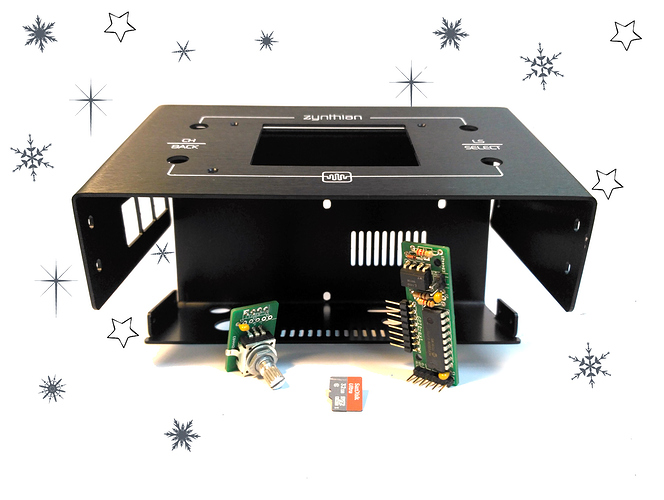 belen_zynthian_final.jpg1500×1129 433 KB
If you already have a Zynthian Box, i’m pretty sure you would like to try Gorgona right now. You can choose between two different versions, compiled for RBPi3 and RBPi2:

The only difference between Gorgona and Gorgonilla versions is the amount of soundfonts (SFZ and SF2 files) included in the data directory. All the rest is the same.

You can access the MOD web interface following the next steps: 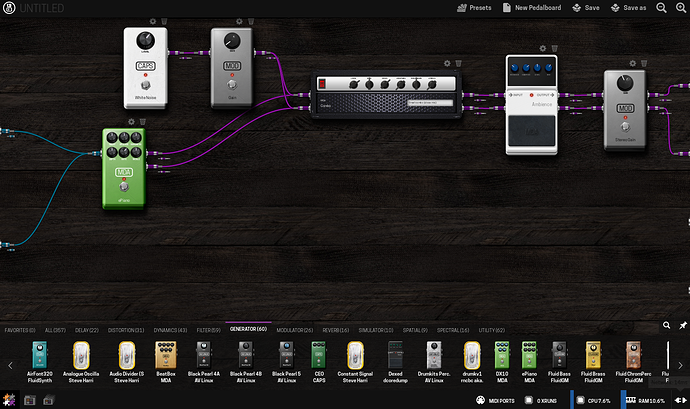 If you your browser can’t find the zynthian.local address, probably you are using a windows version that doesn’t support the link-local feature and you can’t connect your zynthian box directly to your computer. Don’t worry. You can connect it to your local network and obtain its IP address by using the Network Info option in the admin menu.

Almost all the zynthian stuff like synth engines, audio plugins, soundfonts, zynthian user interface, setup scripts and other specific software is in this directory.

This file contains some configuration parameters for the Zynthian User Interface:

You must use systemd-style commands to stop & start any system service, that includes the zynthian UI:

What is the user/pwd for SSh or Ftp???

And of course: Many thanks to the developers of the tons of open-source-software which is inside Zynthian!

The user pi does not exist anymore.

Thank you very much!!!

Many thanks for this wonderful Christmas gift. I’m currently downloading the image and looking forward to test it.

@jofemodo, as initiator and team leader, and @C0d3man, as developper, you are really doing an amazing job.

I wish a nice Christmas for all Zynthian community members!!

Download completed. I must say that it sounds much better than previous image (what I’ve tested so far). I think it will take a couple of months to explore and discover all new possibilities you gave us with the new image (I’m newbie in this world).

By the way, nice audio test.

Thanks a lot for your comments and feedback!! I really love you!

I’ve updated the original post with some technical details useful for those of you who want to hack the new zynthian image.

That’s all by now! Enjoy a lot … and give some feedback!!

merry X-Mas for you! Have nice days!

Hi friends, i will try when i’ll return home, its a while i dont write. It was great made grafic interface with tablet, i will try to connect with it

I downloaded the Zynthian image and tried it on my raspberry, but the system is not booting because I use another sound card (Behringer UC6102)

What configurations should I change so that the system can start with my sound card?

I also have a 7 inch HDMI touchscreen, is it possible to display the zynthian-ui on it? What configures should be changed for this?

a Behringer UCG102 is a USB interface? This will not work out of the box.

Comment out the dtoverlay=hifiberry-dacplus line, unmount and reboot. If this does not help you should try to write the image again to the SD card. Maybe the image is damaged?

But again: USB sound cards are not directly supported. You will have to configure the jack-audio service on your own. I think USB sound will add too much latency to the audio queue - if it will work you will not have much fun…

It is possible to show the Zynthian UI on an external HDMI display. The easiest way that I’ve found to do it is to remove the references to the Adafruit display from config.txt

Then remove the 99-pitft.conf file from /etc/X11/xorg.conf.d directory. You could rename it to 99-pitft.bak

This is an ugly hack. X11 will try to start the Adafruit display but it’ll fail since the drivers are missing. Then the system will drop back to HDMI.

I’m not sure which HDMI display that you’re using. I’m using a 5 inch display with non-standard resolution (800x480). So I needed to add some extra lines to the config.txt file to enable this mode.

The latest version of Zynthian has scalable UI, so it is very easy to adjust to UI to match the resolution of your display. The zynthian_gui.py file has settings for resolution that yo can tweek to your requirements:-

Hi! I have it working and all is lovely, and I can SSH into the Zynthian… but I can not get the MOD web interface to work. No matter what I do, it tells me the server refused to connect. I’ve tried with zynthian.local:8888 and I’ve tried with the IP address, and I’ve tried from Linux and Windows 10… no luck at all. Am I missing something obvious?

Have you started the MOD-UI engine from the zynthian UI?

I thought it was something obvious… now at last I see it, and it is awesome. Thanks.