Well my Pi4 desktop has now successfully updated and upgraded to bullseye @ 64 bit…
Reasonably painless, but took a while . . . 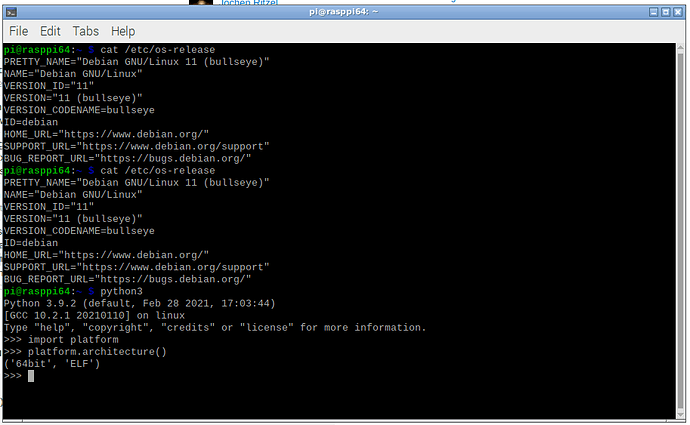 yeah. Nice how the naming scheme in sources.list changed this:

No loner required to pick up a USB imager. It Uses’ Pi imager which recognises 256G ssD’s which USBIMager didn’t seem to.

Hopefully screen grabs will be a fair bit less hit or miss as they were before and I’ll hope it’s addressed some of the keyboard and window lag.
google also seem a bit more trusting of the whole infrastructure.

I can now put my previous 256G SSD into the backup draw.

Also running it on a Pi 3 so we shall see…

which kills the Pi HDMI graphics dead.
Can still log on from remote machine.
Anyone know how to restart a PI in this state without init 0’ing the poor beast?
It does seem to come back to life after a bit or not.

Getting to be irritating…