(English)
Hello everybody,sorry if I dont explain myself very well but the english is not my first language, so the thing is that I want to make a full included Keyboard Zynthian built in, but with the MIDI Input (example I want to use My dx7 to control this zynthian keyboard via MIDI) functionality and even use it like a MIDI controller (example I want use my Zynthian to control kontakt vst in FL studio)

Post Data, I have already all the componets of a V2 Zynthian, except the Hifiberry because in Mexico city they dont sell in a fisical store, only online (exported from Guadalajara, that In mexico we believe that buy online a fisical thing is problematic) so My local sellers offers me a DACZERO that doesnt work for zynthian, but the Daczero is the only available thing in fisical stores

Thanks in advance, greetings from Mexico DF

From noob to noob: you can directly connect your DX7 to the Zynthian with a midi cable. You just need to configure on the Zynthian, via the graphic interface, which synthesizer engine you want and on which midi channel it should be connected. I read from Wikipedia that the DX7 can only send midi on channel 1, so… That’s it.

From noob to noob: you can directly connect your DX7 to the Zynthian with a midi cable. You just need to configure on the Zynthian, via the graphic interface, which synthesizer engine you want and on which midi channel it should be connected. I read from Wikipedia that the DX7 can only send midi on channel 1, so… That’s it.

ukitel, I think that I dont explain myself very well

a midi in and midi out “Zynthian Keyboard”

I’m also a relative noob but, I think someone did what you might be talking about? (not me) Hmmm… maybe not what you were meaning.

Cme UF5 Zynthian After x hours with the dremel I finally got Zynthian installed inside my good ol’ CME usb keyboard. Only thing I could wish for is a 3d printer frame round the screen… [image][image][image] Hardware: Raspberry Pi 3, Adafruit 5" hdmi, Audioinjector soundcard, Prototype4 wiring. I have all pots “directly” wired to gpio (no all in one module), thus only the two lower pots have switches.

If you are really trying to build your own keyboard, this might have some information. It’s not Zynthian though.

Or maybe could use the parts or case from this?

It has MIDI DIN 5 Out and USB. I’m not very experienced with Zynthian (mostly built mine) but really just using a MIDI keyboard controller with the Zynthian would do what you are asking I believe? Zynthian has MIDI In/Out and Thru. Currently there isn’t a supported sequencer included in Zynthian but I’ve read there probably will be in the future. Meaning, right now you could only control Kontakt VST by actually playing your MIDI keyboard and it would pass thru the Zynthian. I am guessing you could play the keyboard and have FL Studio send MIDI to another instrument on the Zynthian by choosing different MIDI channels?

Great!! Thanks for the info … i didn’t know about sequencer64, although i know its “daddy”, the old good seq24. I think sequencer64 could be a perfect candidate for being the Zynthian’s official step sequencer

I will compile and try it in the next days … Kind Regards,

Sorry, just a lot of ideas. I don’t know if I helped. I don’t have a lot of experience using Zynthian yet.

But I just wanted to clarify, it sounds like you are really just talking about hooking up a keyboard to Zynthian, you could PUT a Zynthian INSIDE a keyboard you build or modify, but it’s literally the same thing. If I understand you correctly.

Ok, this is the thing, the idea is create a Zynthian Combo, a Zynthian-Powered Keyboard Synth that let me use the MIDI OUT for record in a DAW for example (Fl studio) and, If I want to add another controller to control zynthiankbd (for example, the idea is that I have a Zynthian keyboard with IDK 61 keys?, and I conect a MIDI CONTROLLER of 88 Keys for example?)
I want to make a full keyboard powered by zynthian (onboard zynthian engine) with all the standard midi capabilities (MIDI IN, MIDI OUT and MIDI TRHU)

I am currently recycling an old SL 880.
Take a look at Midibox.

ha, really? me too 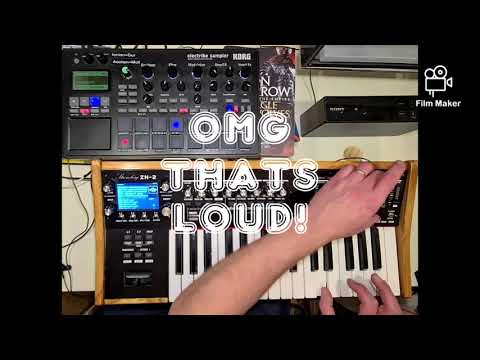 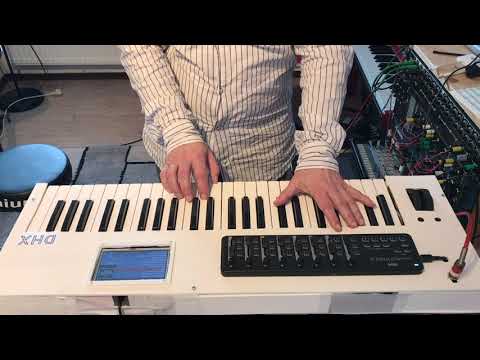 Is the keyboard connected to the Zynthian via USB?

Have no idea, copied/pasted from the web )

Oh, sorry, thought it was you in the video.