It’s for desktop use, the floor’s too far away

It’s just a 64GB USB drive for storing gigs and sounds.
I’m using the standard recommended Rasp Pi 4 PSU and it seems to be fine with that.

The Rasp4 just has a small passive heatsink and although the heat can be felt on the top of the case after a while, it doesn’t seem to overheat, yet.
If it does, I have a few 5v laptop impellor type, flat fans kicking about, one of which might do the job to keep it cool on 3.3v…

I do have a kite

Congratulations @guiseppi!
Your zynthian is a beast, my friend!!
Of course, we would like to ear something for it …

Of course, we would like to ear something for it …

I knew I forgot something…

Minions, boil some more oil, the populous must suffer for this…

Half a year ago I bought an Alesis Vortex Wireless 2 keytar. It’s nothing more than a MIDI-controller, which didn’t bother me all that much until I started jamming with friends. Hauling a laptop around and firing up a heavy DAW everytime you want to play is quite annoying.

Then the USB connector broke (apparantly there was a cable strap that reduced strain on the connectors which I never used), and when I opened it up to fix it I found lots of empty space.

So I built a Zynthian inside! It uses a Hifiberry zero as a dac, has a beefy 12 volt 6600 mAh battery with a charging circuit inside which lasts insanely long and a stereo 6.3 mm stereo jack as output. The rotary encoders are mounted below the keyboard for easy access when playing.

Using the MOD-UI to map the buttons and sliders to effects works great. Not having to boot up Ableton and load all presets / midi mappings motivates me to play more often.

I might add a screen later, but fitting it correctly will be quite difficult. For now I’m fine using my phone / laptop with VNC. I’m also considering adding a port for a sustain pedal. 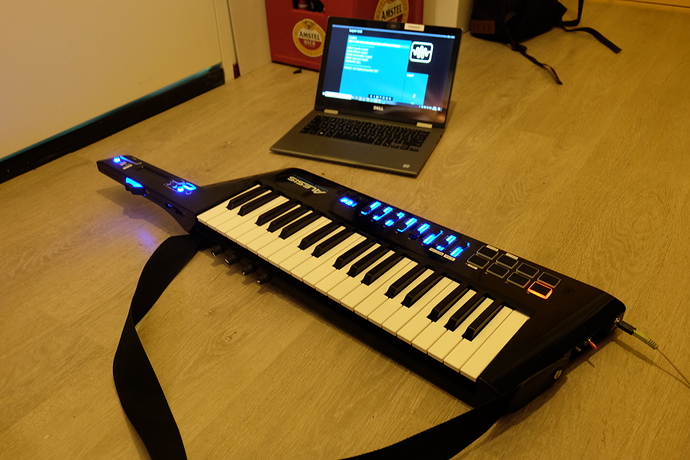 Thanks to the people who dedicated so much time to this project. Setting up the mcp23017 with the encoders took a while but everything works like a charm.

Excellent !
Is communication between keytar and zynthian done trough usb or wireless ?

OK its Not a Real Case but it Works so far

All Drums come from the Electribe.
Channel 1-3 are from the zynthian.
Pad,Bass and the melody thing are from zynthian.

My zynthian so far is based on a Pi4 and the wave share 4 inch display.
Midi via usb also sound (Esi maya usb)

Stay healthy in these times !!!

Thanks! It is wired to the usb connector internally, I’ll add some pictures of the insides later. It still has the option to be used wirelessly or with the MIDI port running from 4 AA batteries.

The SynthV1 Birds Patch on channel 3 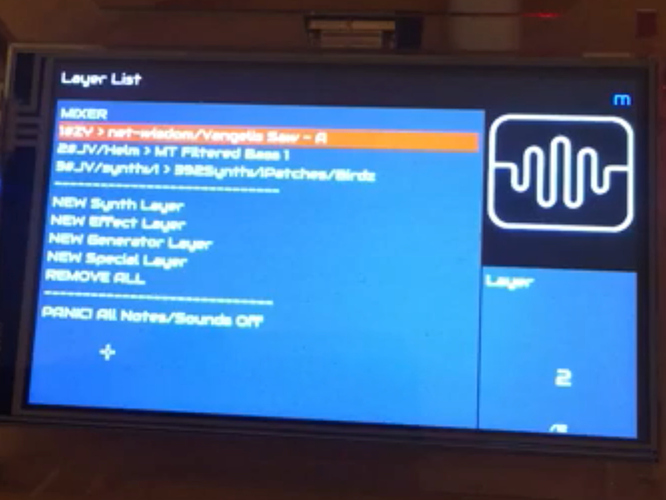 What a relaxing sound.

Nice!! I just added it to the Wiki’s Sound Demos

I’ll add some pictures of the insides later

Also, good idea to use vnc for the remote display. But isn’t it resource consuming ?

Great! Electribe 2 as a sequencer for Zynthian is perfect! I’m using mine too. 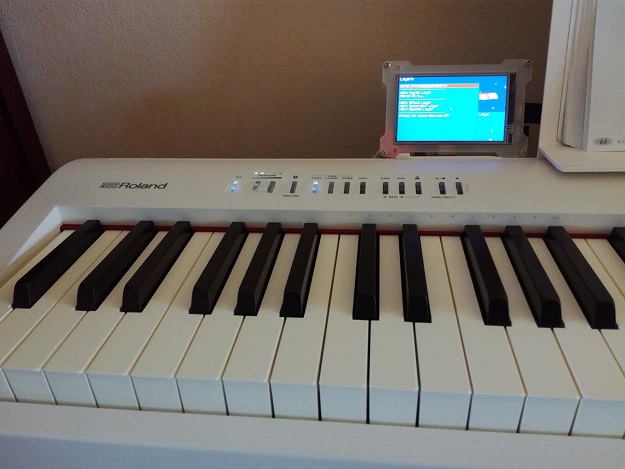 Yes the scale and chord functions in the new Electribes are really good also the Sequenzer and the workflow. It is my first take together with the zynthian … it think it’s a good combination … a lots of people didn’t like the Electribe due its limitations but with the zynthian what do you want more ?

Nice build! Regarding a screen… how about re-purposing a clam-shell phone or DVD player screen? It could go where the Alesis logo is.

The smallest screen that we have seen working is the 1.8" ST7735. It works but isn’t as comfortable to use as a larger screen. There was some discussion on offering a low resolution display for such devices but we didn’t peruse that. It is still on my list to return to but I currently have a massive 7" touchscreen. I would like to build a performance / spare Zynthian with the small screen but not today…

So my Zynthian is finally finished. Or almost anyway, I not happy with everything like the crocked buttons and I would really like som nice faceplate with text. 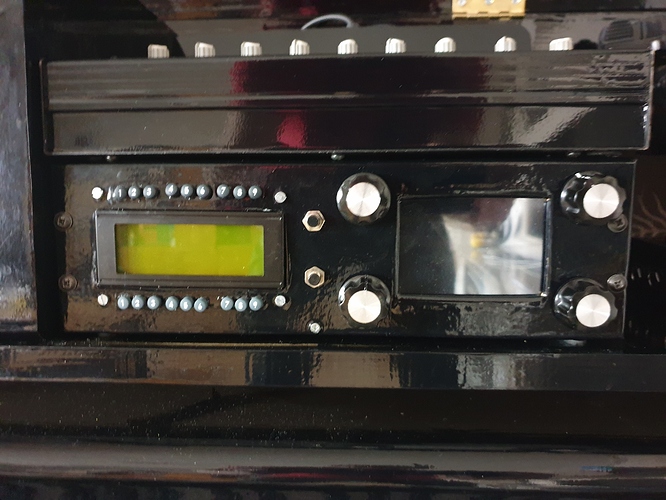 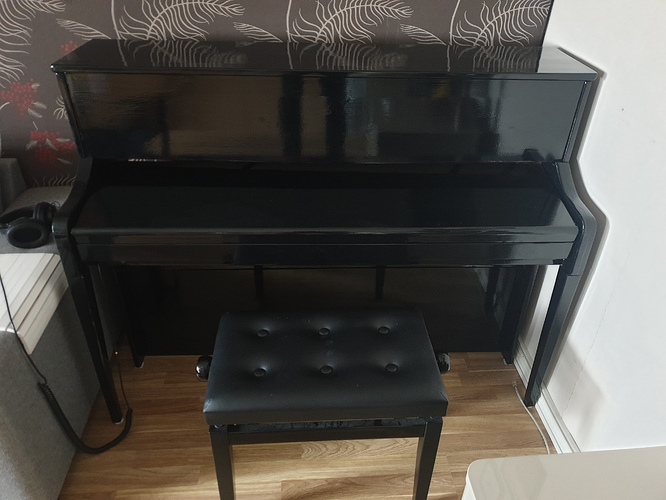 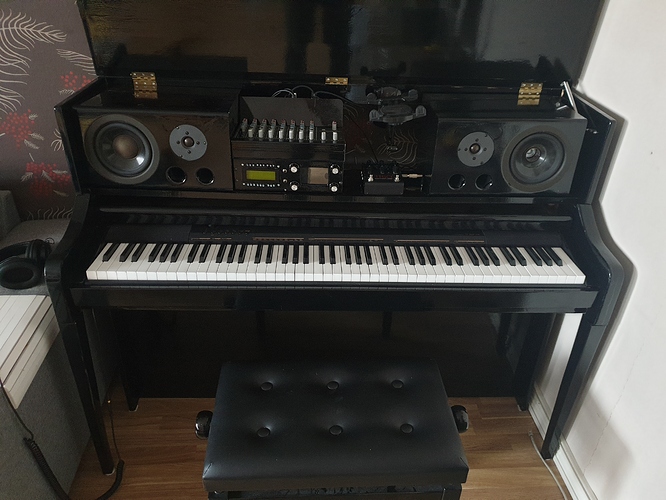 The display to the left and the buttons is a MIDI-controller. Since my keyboard isn’t great when i comes to sending program change (it can but it is cumbersome especially if sending on ch 16 a k a loading snapshot) I wanted an easier way and since I had a arduino nano I figured I could send program change with it. After I while that idea grew and I thought it would be nice if it could visualize and change drawbar settings and maybe other settings as well.

This is a demo of how it works. There are som bugs that have to be fixed.

So I guess I have to show the inside. I don’t really want to because it’s a mess. 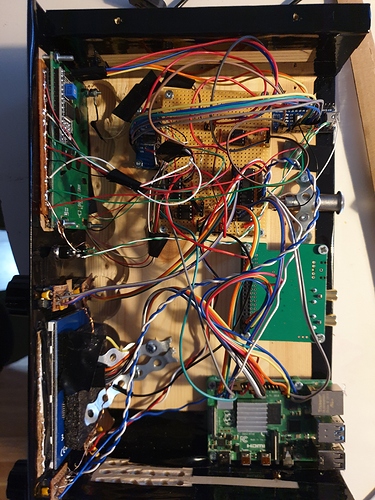