What is everybody doing for a sustain pedal? Or just a generic pedal switch you can use for leslie or turning anything on/off? Is USB the only option? Are there any free solder points on the boards for another button?

As I look at the picture of the main display panel, would it be possible to wire a 1/4" jack to SW4? it looks like there are solder points for it on the board. If so, this would be an easy solution that allows us to use existing normally open pedal switches.

I suspect most people use the sustain pedal on their Midi keyboard which crops up as a midi parameter, and on most midi keyboards is simply an on/off closure which there is probably a menu function to sort out the polarity. Gui Midi mapping allows this to be mapped to the sustain functionality in the layers.

The zynaptik module allows digital inputs to be configured and it will map these similarly.

There is nothing stopping you using the front panel functions and again mapping accordingly, but doing this does mean you end up with a fairly non typical arrangement and you will need to carefully control your configurations to keep this all working, as things do on occasion move around…

For my current live rig I’m using a single FCB1010 with the UNO FW so I can have portamento, damper, volume pedal, etc. for each of 2 keyboards. Unfortunately most USB controllers only have one pedal jack. So at best it would be damper or portamento or Leslie on/off, etc. Running 1/4 jacks to the 4 mechanical switches on the main panel wouldn’t affect the functionality, config, etc. It would just be a way to hit those with your feet.

I just got my kit ordered so once it arrives I can verify continuity for the s1 through s4 and see how much clearance there is for 1/4 jacks.

Connecting pedals to the S1-S4 switches is possible, In fact, the zynscreen has pins for that, so it’s an easy task. Configuration should be straight forward from the webconf’s wiring layout panel.

It’s a pity zynaptik is not available in extemded/standard versions. With this you would have 16 digital I/O + 4 analog input + 4 analog output and you can connect a bunch of stuff directly to zynthian, including expression pedal, etc. Currently, ADS115 & MCP4728 are missing in the market, but MCP23017 is available in QFN format… Anyway, the worst seems to had gone and market is slowly recovering some stability, although chip prices have increased a nice %, same than everything else

I wonder if we might see an expansion socket on future models? Maybe a way to extend the I2C bus to an expander module and / or present digital / analogue input / output for a breakout box.

Didn’t we try this?

It is not recommended to extend I2C far. It is designed for operation within a device, e.g. on a PCB but it could be made more robust with some electronics at each end. It’s not a good idea to expose raw IC pins to the world. Sinclair did it and I’m sure there are lots of fried ZX81’s out there. (At least one in my shed

It is not recommended to extend I2C far

Get out of my brain, mate!! This is planned for future kits:

Anyway, current zynaptik modules already have something like this in the zynaptik-1 connector, and it’s used for the Zynface, for instance. 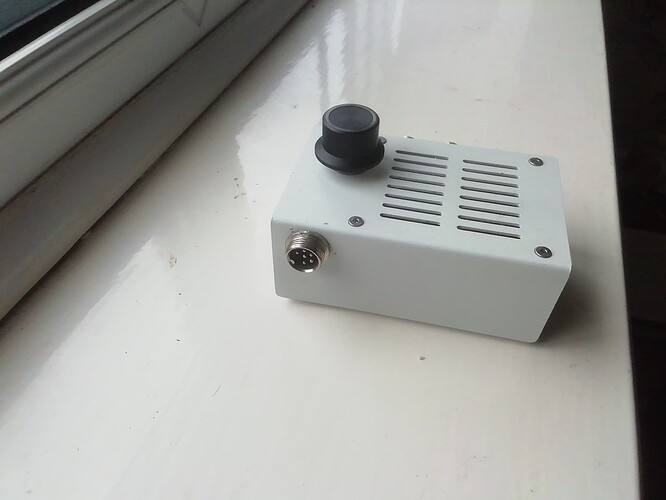 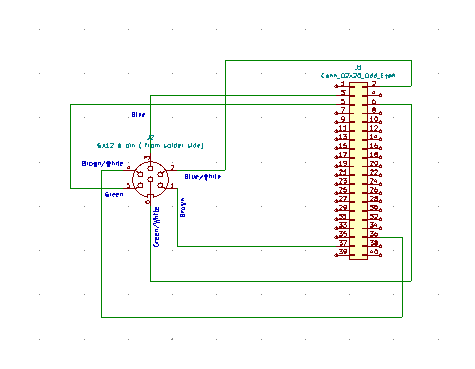 Ironically the shift to 12C leaves Pi GPIO pins up for grabs for simple jobs like doing a sustain pedal which is where we came in. …

Get out of my brain

It’s a weird and wonderful place. You never know what or who you will find in here.

What about expression pedals that work like variable resistors?

The pi has no analogue to digital converter that can turn an analogue varying voltage into digits so this component and its ancillary bits and pieces needed to be added. This is what the zynaptik module does.

Hi !
It’s seem to that yes : an USB pedal seem to be the good solution.
There is a lot of diy solutions in the internet, with Arduino like boards, and you can make it as simple as you want (a wood plank, a button, and teensy and an USB cable) or as solid as you want (replace the wood plank by a guitar pedal housing) or as you like (if you have a 3d printer).

So, what prevent you to use a such solution?

I decided usb was the way to go on this sort of thing some time ago. The discussion on i2c extension elsewhere certainly made me chuckle a bit, as it takes five minutes to plug a USB component in, of which four minutes is probably finding the device , whilst the i2c or GPIO solutions require at least one session with the soldering iron and considerable metalwork and definition of connectors and functions. Easy to remember when you do it, but very difficult to remember half an hour before a gig…
I use a 3 way keyboard based foot-switch for ancillary functions but it isn’t difficult to configure this in the zynth to perform as a sustain pedal I just haven’t done it cos I tend to use sustain pedals on the keyboard.
I also have a converted Bugera 6 way footpedal that is built like a Tank, which will probably have an arduino Blue pill in it which will be both powered and communicating via USB. It really is the right way to go (IMHO)

five minutes to plug a USB component in, of which four minutes is probably finding the device

And the other minute spent continually reversing the connector before it will fit!!!

The I2C idea was for an off-the-shelf module, not a performance art live soldering presentation.