Transfer from a 1991 Audio Cassette

A friend asked if I could transfer an audio cassette of her Grandfather, Edward Candler, talking at the Scarborough Meeting House on the thirtieth of June, 1991. 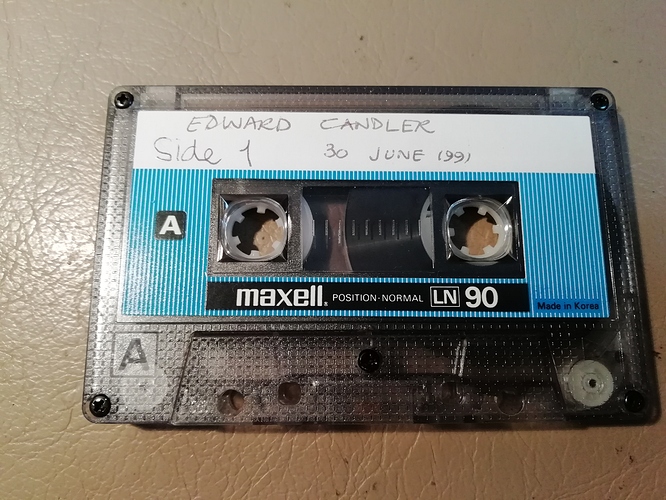 Obviously this was a perfect opportunity to try out a recently constructed zynthian built around a hifiberry steel case with a hifiberry ADC /DAC card and an I2C socket and RGB encoder added for good measure . . .

and so it’s plugged into the excellent cassette recorder my wife had and all powered from a USB-C power pack. . . 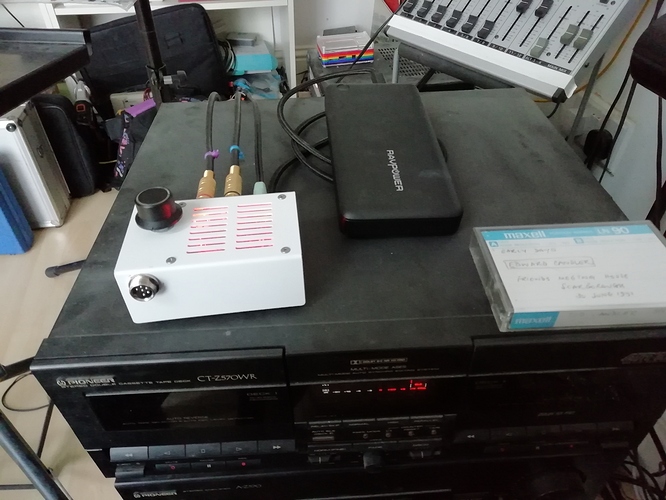 And the zynth put into record… 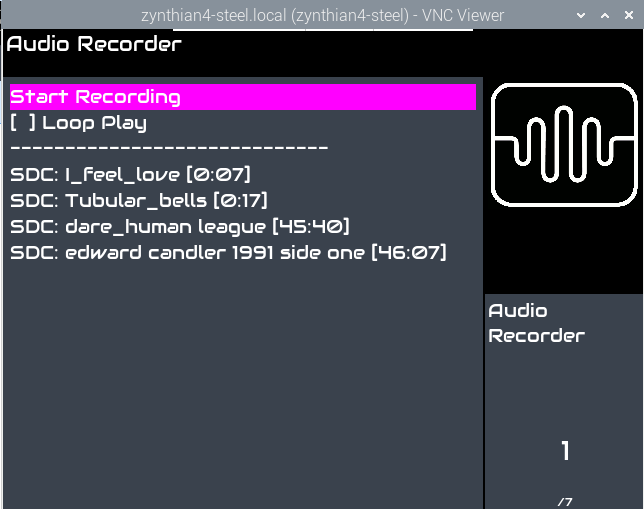 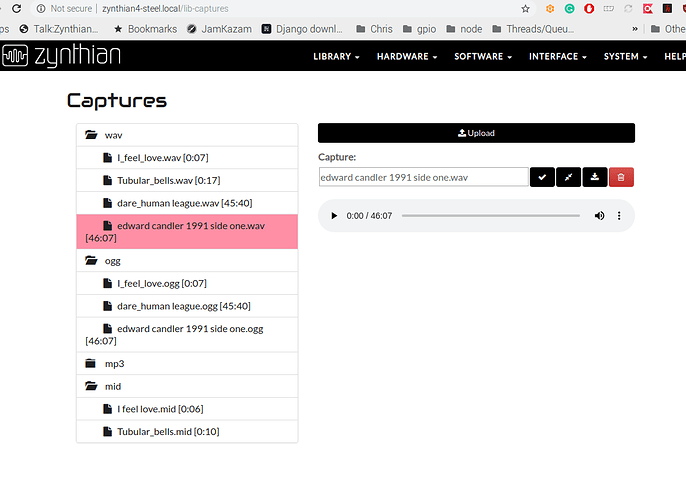 and yes this does count as a

and he sounds like he’d look good in a monocle. . .

So, what are the fonctions assigned to the encoder ?

The first step will be to route the present status region into messages that will show on the LED in the encoder. I suspect the very bright internal LED’s might well get covered up.

I suspect the primary function will be as an overall volume control, but I’ve been putting a little thought into how one might drive the zynth from just an encoder and it’s switch. So as ever I’m moving in exactly the opposite direction to the rest of the zynthian community.

The other possibility is record toggle on the switch with levels shown on the rgb and record level as the twist.

I’m not entirely sure about that so suggestions would be welcome.
Basically If it’s in record it should be displaying the mono sum of the recording in the colours we use in the status display.

The i2c socket means I can plug in my encoder/switch box from the pedalboard,but it should be done with the power off, as it can crash the encoders.

How it all fits in… 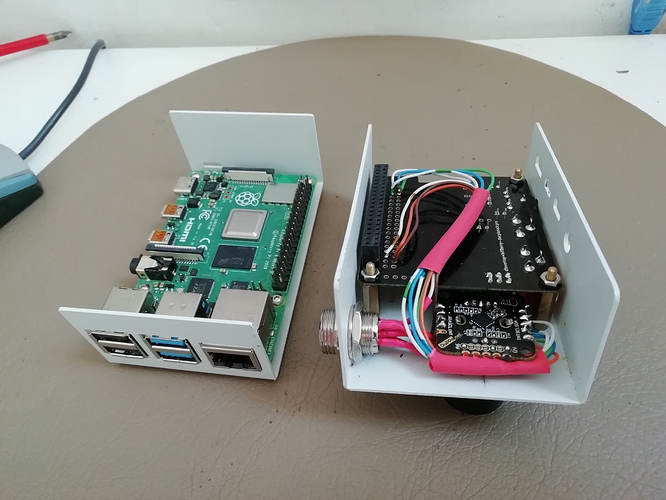 suggestions would be welcome.

Well, for a record/stop Switch for my own purpose, a foot Switch would be more appropriated.

Level control is the more natural use case. A short push Can Switch between “main out” (saying a red led ring) “input gain” (blue led), “engines out” (yellow led), for all the synths output.
Bold press could Switch mode from “level control” to “pan control” (led display would change accordingly keeping the same code colors).
Long press for powering off.

Good Luck for coding that