Apologies if this has been covered somewhere, but when I searched I could not find an answer… I know when Zynseq was originally being developed there was some talk of CC automation. Did that ever get implemented?

I have recently been playing with 303 style basslines and they use CC for accent and glide controls.

Also, can we import midi yet? I’m sure this was on the menu at some point?

CC is not yet implemented in zynseq. The ground work is there but it needs some effort in the backend and UI.

You can import standard MIDI files. It is in the Arranger menu.

Ok, not to worry on the CC front… was just because i was reading up on the bass station, like i said.

thanks for the midi import tip… that kinda sorta works. I tried to open a short loop and it loads it into 8 segments, and for some reason adds some random tracks at the side ( see the 2 and the 2,3,4 in the screen shot here) Is there a way to load as 1 loop ? 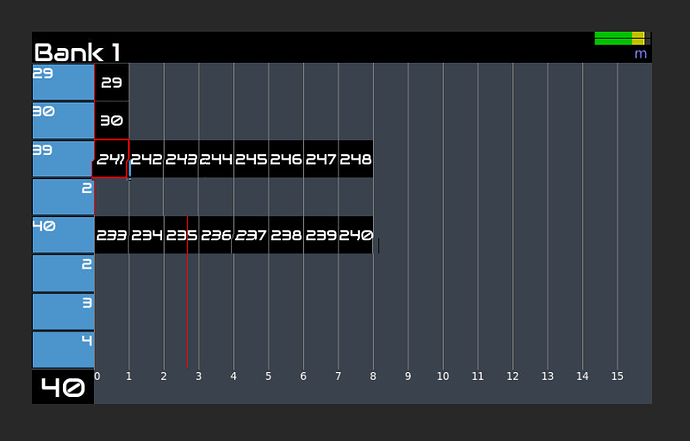 It splits each MIDI channel to a separate track so if your .mid has multiple MIDI channels you will end up with multiple tracks.

It uses the beats per bar, and beats in pattern to decide how may patterns to split the SMF across. You may be able to tweak those to get your desired behaviour.