Any decent looper in future plans?

It would be very nice to have a looper with the quantize option (with metronome like on EHX or Boss type loopers), and four track one would be a cherry on the top

The audio recorder is great now, but without a click track it is more like for just improv recording.

All these features are planned … and will be implemented in the next months. The time is coming …

Here’s another looper to throw on the big pile of loopers we’ve collected.

maybe it’s a good candidate as the guy behinds this runs the software headless. 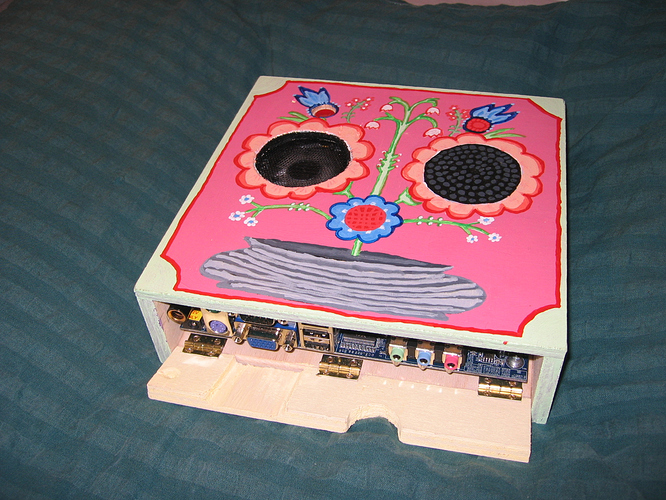 my homebrew “embedded” kluppe is called klopfer and runs without gui (no screen or keyboard, just footswitch and a usb-wheel

Latency seems to be alright, unfortunately the LV2 plugin’s development seems to have seized, meaning a fix for the “click” between loop points still isn’t merged. If I get around to it, I may take a look at refreshing that PR.

Edit: This one is pretty fun, with some caveats. Easy to compile!

I did record a loop but jack_record always hates me and this time it added massive unnecessary distortion which wasn’t audible on the live out to the recording. Thanks jack_record you massive bellend.

This seems nice. Could you make a PR to the zynthian-sys repo with the install recipe?

BTW, did you try to MIDI-learn the switches to buttons or pads on your MIDI keyboard/controller?

Didn’t think to try midi learn! Will give it a go.

I just tested the install script from @Baggypants and it works OK, so i added the recipe to the repo. Those of you wanting to test the ALO looper, simply follow these steps from the console:

After this, from the webconf tool, go to LV2-plugins and click “Search for new Plugins and Presets”. It could take while, be patient …

When finished, the ALO plugins will be in the list of Audio Effects, so you can select and save.

After a reboot, you can start to use the ALO looper:

BTW, @Baggypants, do you now how to erase a loop after recording it?

Just flick the track off and on a few times within a second will blank it.

It’s mono only and zyn plugs both stereo outs in to it so it does end up distorting quite badly if you don’t have your synth at a low enough level.

It seems that /usr/local/lib/lv2 is not in the path where the lv2 plugins are searched for.

To get it working, after the install script I had to create a symlink:
cd /zynthian/zynthian-plugins/lv2
ln -s /usr/local/lib/lv2/alo.lv2

Only then, did the ALO plugin show up in the webconfig and I could enable it there.

Comparing with other install scripts, it would be probably be a good idea to create this symlink at the end of the script (or widen the search path for lv2 plugins to include /usr/local/lib/lv2).

Edit: I tested it and after starting the transport it does work.

BUT, I won’t be using it for the sole reason that it’s mono only, and this should not be a restriction introduced by a looper or any recording device imho.

Is there a chance to have stereo looper and/or midi looper in near future ? As far as I know, soopelooper can support stereo in original version, not sure about LV2 version. I am sure, lot’s of zynthianers here hold their fingers

and hope (or pray) for a miracle - full capacity loopers on our zynthians.

Being serious, what holds us from implementing midish or stereo audio looper capabilities ?
Are there any serious problems with any of them ?

re-run the install script and it will update.

Thanks a lot and it’s really working in stereo ! That is definitely a great start for all of us here !

One thing I can’t figure out yet - after some time the loop stops playing on it’s own and then the click comes back. Does it somehow depends on the length of the pattern in StepSeq ?

I had to create a symlink as @twelve kindly suggested - only then the ALO LV2 was among the other plugins.

I’venever had that happen other than when I stop all the loops. There is a built in way of stopping and starting loops witha lower octave of notes, It might be that.

Might be. Will give more time for testing and finding out the reason, why it stops.

@Baggypants, your effort and time are appreciated more, than I can put in words !

Hope it is the same for everyone here !

It’s generous thanks, but all I did was open an issue

Yes, thank you @Baggypants, ALO is certainly a very useful stereo looper now!
I really appreciate the fact that you can easily have 6 loops per instance and get a built in metronome!