Hi, I just got a Zynthian and am amazed yet overwhelmed by the huge amount of features it offers.

I have, however, been looking for some chiptune tones like the ones in the videos below and can’t seem to find any.

Can you help me figure how I can achieve something like that? I don’t have a lot of experience with synthesizers and am having some struggle.

Thanks for your patience!

google is your friend…

look for soundfont n64 or snes or whatever.
you will find enough.
even sega,sony,atari,vertex whatever sf´s.

To answer your question : to make chiptunes on the Zynthian, the best “theorical” way is to get a LV2 plugin emulating one of the chip used for this kind of songs.

In a very simplified view, you have mainly 3 families of soundchips used for chiptunes, each of them having its own characterictics :

As far as I know, the AY-3-1015 has never been ported to LV2 format.
The 6581 and the YM3812 have been both ported to LV2, but I have never tested them on the Zynthian (or any other Linux machine). So theorically, they could be compiled and run on the Zynthian
However, since you say you are a beginner, you would then not recommend you to go in that direction.

In your case, I think the easiest way (but not the most flexible) is to download samples and/or soundfonts from these chips (there are thousands of such samples available on the web) and load them either in LinuxSampler or FluidSynth.

I have made a tutorial to explain how to load your own samples in the Zynthian, this may hlep you. The tutorial can be reached from the Zynthian wiki page or from this link

To answer your question : to make chiptunes on the Zynthian, the best “theorical” way is to get a LV2 plugin emulating one of the chip used for this kind of song

…or use Helm or other synth engines to build sounds using just the basic waveforms those chips were using: saw, triangle or square waves, and modulating those oscillators’ pitch with square wave LFOs to get “more” voices, and playing with filters.

We survived in the 80s with chips having just 3 voices (with square, saw and triangle) and a laughable filter, but people like Martin Galway or Rob Hubbard never complained too much

Thanks for your answers! I am very interested in building the sounds with helm as explained above. Can you give me more details on how to do that?

Search for the suitable synth here: https://github.com/drobilla/lv2/wiki#chiptune
and ask someone for installation recipe to try it on your Zynthian.

This one as well should fulfill your craving:

there are few things that I am not able to do. Explaining, unfortunately, is one of them.

However, any synth with a few basic setting, could sound like a SID

Helm is not so different from a Jupiter 8, when you don’t need any of the functions besides the VCOs.

As I have only the JP8 plugin on this machine, we can try something with it. Like building a square bass (single note, with arpeggiator, and a little detune)

Then we could add a saw lead/pad:

And throw a suitable midi file at them:

(Well, it’s an experiment, but I somewhat like the result…

I remember being told by my tutor at Uni nobody would ever digitize music there was too much memory needed.

It’s ironic that so much of the analogue synth’s feel emerged from it’s very analogue inconsistencies . The idea that one could overdrive a VCF by 10 times with much more satisfying results as a design mistake is something that the digital world didn’t provide in the early renditions and the odds of what a similar digita mistake may have produced is kind of interesting. The plethora of MIDI files that emerged from the 8 bit world is an indication of how much adoption it actually got. The time when a game designer might well become a music arranger for a couple of afternoons to give their game an essential element.

Its fascinating to hear the complexity of a track lack Africa and what can be done.

… if I recall correctly the microchip big book, this is a UART. Maybe you’re talking about the AY-3-8910 (aka YM2149), the Atari ST and Philips MSX home computers’ audio chip.

Great, I will test these LV2 (especially the SID one) asap

Hold on wan’t Toto played on one of those DX7 predecessors the GS-1 or something similar …?

In 1960 the composer, musician, percussionist and mathematician, John Chowning taught computer-sound synthesis and composition at Stanford University’s Department of Music and developed a version o…

The programmers quite fun . . .

This is musical archaeology (I started my synth experience with an analog modular machine older than me, I can say that :D)

Synclavier from New England Digital already had a similar FM approach, used in combination with a “sample” engine… in 1978.

The original Synclavier 2 engine has been ported to VST, to an iOS app, and even to a webapp (in demo only AFAIK) from one of the original machine designers.

I’m sure almost every one has listened to the Synclavier at least once: it’s the “hit” sound in the beginning of Michael Jackson’s “Beat It”

I’m sure almost every one has listened to the Synclavier

I used to work for the Tape Gallery in London ( writing sound effect libraries) , They had 7 ( yes seven ) synclaviers . . .

Lloyd Billing the world owes you a great deal . . .

Look what I found in a component drawer in my shed 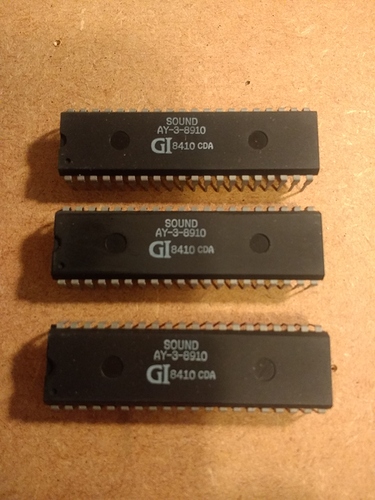 I’ll see that and raise… 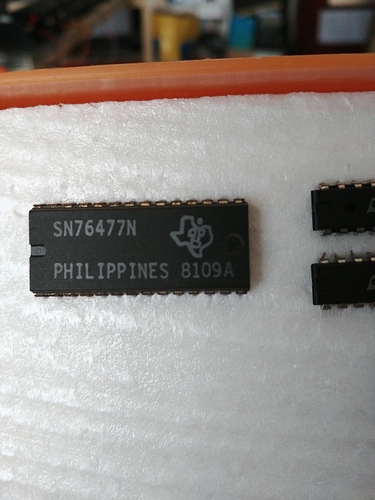 We actually have a LV2 implementation of the C64 SID chip, reMid ( https://github.com/ssj71/reMID.lv2) . Just update and check the LV2 plugins in web conf.
I’ve been fooling around with reMid ever since I had my first Zynthian prototype, and yesterday I discovered that it has been added to the plugin library so now I won’t have to compile it buy hand anymore. There’s a gold star to who-ever added the recipe

Yes, i’ve added some new install recipes based in the latest test & reports from the community. To have the plugins installed, you have to update your zynthian software and run each install script by hand from the CLI:

Of course, the next green nightly build will include all of these

P.S.: Don’t forget after update to perform the “New Plugins Search” (my mistake

BTW, all of the new synths are under the MIDI Synth section except the Punk Console (in’s under Audio Generator section).