Do you think the screen has an electricity problem? (i’m a noob

I read a topic with very similar syndrom @sadkermit :

A weird noise is driving me mad [SOLVED] Using Zynthian

Have you tried the alsamixer from Zynthian’s command line? There are a few options there (although the default should be OK). These options include things like “automute” feature, etc. I’ve playing with this features, but i can’t reproduce your problem. Anyway, perhaps you can use it to solve it

I try to change something via terminal webconf. I typed “alsamixer” and i try to deactivate Auto Mute, but i don’t know how i can change option. do you know how i can put it off ?

By the way, I hope I haven’t changed anything by accident !
by default, the option for the DSP program is this?
because I may have changed it by accident.

A video with the clicking noises, and my config :

What about the cables you are using for connecting to the mixer?

thanks for your quick answer !

it does not come my cables, the screen does something electric that makes noise, even when nothing is wired to the mixer

what about automute option in alsamixer ?

Edit : it’s very strange because, like i say, when i bold press “select” to shutdown my zynthian, i can use my midi synth layers, whitout clicking noises, but when i go back to the ui, the noise comes back

video for better understanding:
When the screen is far away for the metal box or if it is unplugging, there are no clicks.
When i close the case, there are more and more clicks.
And like i say before, the strange thing is that when I bold press “select” to shutdown the zynthian, no more clicks. I play with my synth in “shutdown mode”, it’s working but it is not a very good solution.

Does it appear on audio recordings made with the zynth?

No, it’s just happening when I plug it in my mixer. It’s come from jack plug or/and screen.

Maybe with tweaking alasmixer, something can be done ?
Like this topics ?

A weird noise is driving me mad [SOLVED] Using Zynthian

I took a look at alsamixer and yes - the problem was there: the “AutoMute” function was on, turned it off and now the noise is gone! [AlsaMixer_AutoMute]

Edit : Maybe i made something wrong, i know it’s hard to see but something seems not ok to you ? 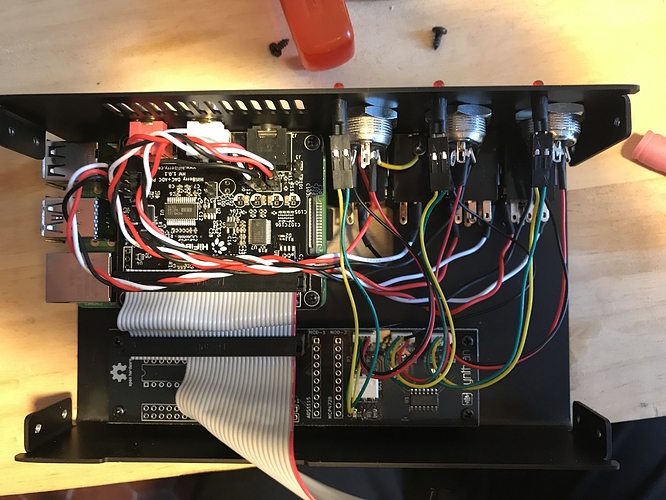 Please, try to drive the audio wires close to the case bottom …

I tried to put audio cables near to the bottom, as much as I could. Nothing changes.

BUT, I partially solved the problem : when I use the RCA connectors instead of Jacks, it works, I can’t hear the clicks anymore! what a relief!

I can’t use Jack connectors , but it’s ok for now, hope to find a solution someday.

How lucky I am to have the collector zynthian v4 with RCA connectors !!

I would dismantle the jack and see if it had contact with the case.
And change the jack of the OUT with the one of IN.

Could you try with another mixer?

thanks @mheidt Changing the jack of the OUT with the one of IN, it’s a good way to know which jack is responsible of the noise. I will try that.
For now, I’m using RCA, I don’t want to open it again

BOSS BX-8
my favorite, 8 channels, 2 aux, ultra tiny, impossible to find something like that these days. 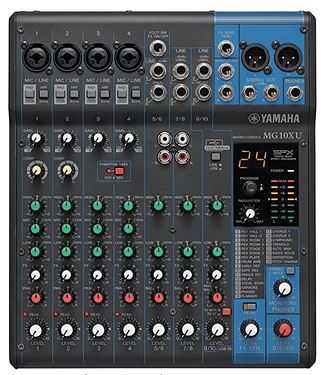 Jack : no clicks at normal sound volume but when I increase the gain, clicks appear.
In a normal use you cannot heard clicks, i think, maybe on a big concert.
RCA : no clicks
headphone out : no cliks 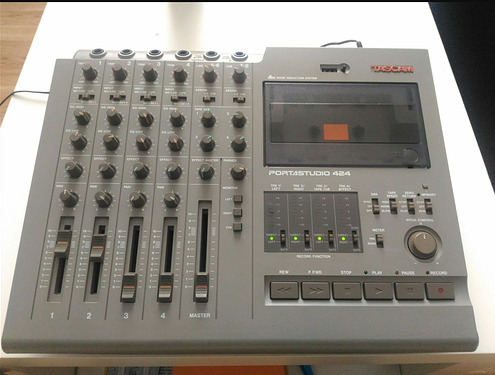 Result of my test : my room is a mess 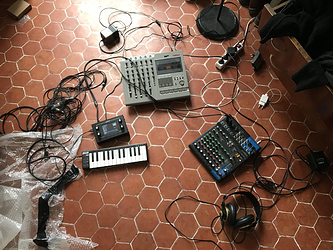 Thanks for the full report.
I don’t have problems with noise at normal gains in my 2 mixer desks (Yamaha & Behringer), and most of people don’t have it, but i have experimented this kind of problems with some zynthians, i don’t know why … I tend to think it’s a grounding problem, but it’s difficult to know. Normally the noise vanishes when moving the wires inside or taking care of having good grounding, good contact between case and connectors, etc.

I don’t want to open it again

Some of us used to have to open the case to change the micro SSD . . .

That was lots of fun when hunting audio recorder problems .

@wyleu i already opened the case for sure ! But i didn’t switch the audio input/output, my mistake.
Anyways, i don’t think it’s coming from that, even when nothing is plugged, or just rca, on tascam 424 i heard some noises ! But maybe I’m wrong ! I will try to rebuild my case in next few days.

@jofemodo
Thanks for your answer, I’m always excited about zynthian !
About my problems, with my two old mixers, the noise problem is obvious.
With my recent yamaha mg10xu, the problem is not so obvious.
But if you want to see what i experimented, try this (It’s dangerous for your ears, and for your audios devices, so be prudent) :

I think we have to focus on the screen, maybe it is not fully isolated, or it has a problem, or maybe i’m a noob, and i don’t understand a think

Because when it’s off, noises disappear.