Launching another application on my zynthian build

Can I add another application to the zynthian menu so I can launch it?

As I have used my pi, screen and soundcard to build my zynthian, I can no longer use them for mixxx

( @Baggypants did mention it could be done in a Monday night chat, but I thought I better find out the full method )

would be nice to have such feature to start an x application from zynthian menu.

I have 7" touch screen connected to my zynthian setup and I also use Mixxx on it with DJ2Go2.
For now, I just dit the following:

Later I will create a HowTo with more details.

For now it is working good, but the audio connection between zynthian an Mixxx must be improved, as it is impossible to use zynthian effects on mixxx out.
If I play song in Mixxx and record in zynthian, it is working great, but effect layers don’t.

Most of time I spend work on creating the 800x480 skin to fit on pi 7" touchscreen. But now, most is working and I can spend time on better zynthian integration. 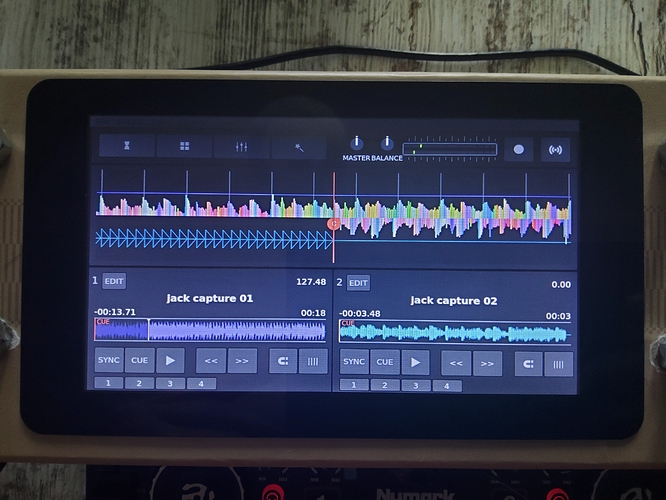 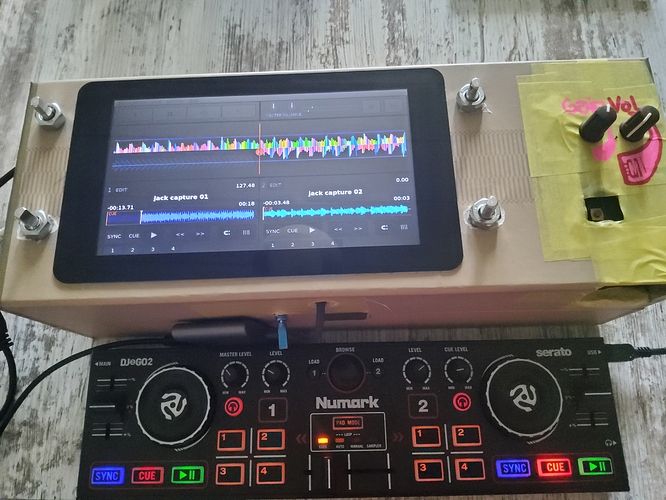 Edit:
I use PiSound module with audio in/out midi in/out. So passthrough any external audio in mixxx is possible.
DJ2Go2 has build in audio, so I use it for Headphones in Mixxx.

This is cool. What would be even cooler would be for this to present on another screen allowing the Zynthian UI to also be visible.

That was also in my mind, but at first I need to setup my encoders. As I do not use the Zynthian kit, so I need to check how to handle them with PCF8574. I think I will buy MCP23017 to not struggle around. After that I will check with piTFT2.8" as second screen.

If you have one kicking around you can interface the encoders with an arduino or STM32.

On my pi3, if I run mixxx, any zynthian audio gets xruns. I’m on the cusp of justifying a shiny new pi4 8gb with usb3 sad bootup for my next zynth.

Later I will create a HowTo with more details.

This is awesome, but in fact so simple and logical.