Hello Zynthians, how about making the snapshot name visible in the main menu (audio mixer)? This would help remembering what snapshot is actually loaded if you have several snapshots with similar layers. What do you think about it? Maybe it’s a quick win that Zynthian developers can add easily?

BTW I am really happy with the actual test image (build 2022-09-18). There are many improvements to discover

and my problem that Zynthian hangs during shutdown when a snapshot is loaded is now gone.

I like to say thank you to all Zynthian developers and supporters.

Hey all! I would like to start contributing. My self-assessment is that I probably can, but I need some help getting up to speed on some stuff, cause I’ve never grokked a project this big, though I DO know Python pretty well - one of the things I did in my last job was code addons for Blender using their Python API. Nothing too fancy, just automating some tedious tasks for 3D artists. I’m not completely ignorant, basically, and probably I’m a very competent piece of raw meat for some mentor out…

Hiya! This has been suggested before and is certainly a popular requirement. There are a few reasons why it hasn’t been done, some of which elude me at present. I think the core technical limitation is that Zynthian does not currently have a concept of its current state. When a snapshot is loaded or saved the state is created dynamically. There could be a dummy snapshot name that is set when a snapshot is loaded and used for display on the basis that it may not actually represent the snapshot that is saved to disk, i.e. things may have changed. Ideally changes to the config would be indicated in the snapshot name, e.g. “*name” but that introduces more complexity, e.g. what constitutes a change.

Anyway, please go ahead and make it happen but remember to fork from the testing branch so that pull requests are more easily reviewed.

some of which elude me at present.

Because it always shows “default”…

Ah yes! We tried this but it proved to be more challenging than the 5 minute argument so it was shelved for a rainy day.

Also you’ll need an indicator to show that the state has changed from the last snapshot load. As soon as you change a parameter or a chain then it’s not really the snapshot anymore.

Now why didn’t I think of that…? 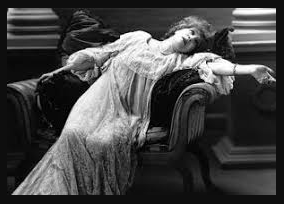 I agree we should have “something” there. The name of the last snapshot loaded seems to be a nice idea. In fact this is already stored in a variable:

But as @riban tried to explain, the way snapshots work in zynthian have some funny “effects”. Let’s start by adding this “last snapshot loaded” to the mixer’s title bar and improve from there.

Maybe adding an * behind a loaded snapshot to mark that the snapshot has changed is an idea. And when shutting down an restarting synthian displaying it as . Just some ideas that came up spontaneously…

Maybe adding an * behind a loaded snapshot to mark that the snapshot has changed is an idea.

I like that. There are other synths which indicate edited presets using some form of symbol like that in the display, so it’s fairly intuitive.