MIDI-2.0 is under construction 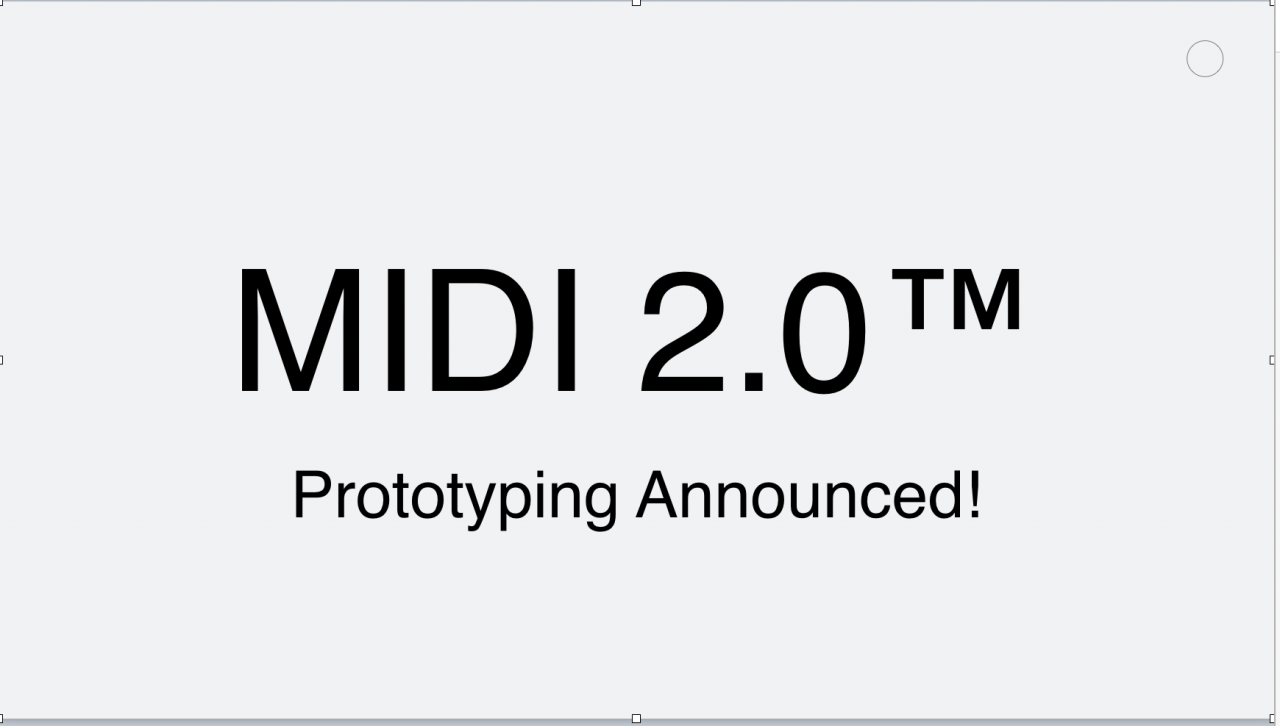 …I see bad things arising.
The crowd crown it king; which the elders would ban.
I see blood and destruction,
Our elimination because of one… new standard

for those who were following our common work about RTP-MIDI and noticed I became suddenly silent, the reason is very simple… I was extremely busy with something called MIDI 2.0.

Simply said, I belong to the MMA MIDI 2.0 Working Group, but up to now, group members were not allowed to publish anything related to MIDI 2.0.
Now that MIDI 2.0 is officially released (see here https://www.midi.org/articles-old/details-about-midi-2-0-midi-ci-profiles-and-property-exchange, I can explain what I am doing

In two words, I am currently writing a JACK gateway to make the Zynthian one of the first (if not the first) MIDI 2.0 compatible synthesizers.
Why JACK ? Because JACK is “de facto” compatible with MIDI 2.0 (it has never been intended to be like that in JACK’s coder, but the fact is JACK handles MIDI 2.0 packets without any problems)
Of course, for now, Zynthian’s internal engines are still MIDI 1.0, but one marvel of the open source is that we don’t have to wait until software editors decide to change their products.

I plan to release the MIDI 2.0 gateway before end of March (if everything goes well), but if any Zynthianist wants to start to work on porting some engines to MIDI 2.0 and needs explanation about MIDI 2.0, just ask me

I hope Kawai will be the first selling a Midi2 stage piano…take my money already.
With Pianoteq…Hmmmm…

Many zynthian concepts make cleanly in this world. Given we now have conversations not monologues at what level do we talk? Do we establish a zynthian control plane at the MIDI 2.0 level? ( lot’s more Midi channels that are presumably enabled since we are no longer tied to 16 channels.)

https://www.midi.org/articles-old/roland-announces my old A-88 has had a revamp.

Presumably we can put all our error messages and events up on MIDI2.0 channel 5555 and spread great joy around a swamp of zynths

There is an important thing to know about MIDI 2.0, called UMP (for Universal MIDI Packet). Technically, MIDI 2.0 can carry MIDI 1.0 in a totally transparent way (I mean, with the exact same data, not even translated. The only change is that MIDI 1.0 in UMP is based on 32 bits packets rather than a byte stream)

So it’s quite easy to implement first something which handles MIDI 1.0 in UMP, then add required functionnalities (if needed) to have a full MIDI 2.0 system (when you switch to MIDI 2.0, all controllers become at least 16 bits, if not 32 bits - depending on the type of CC you need - programs are numbered on 16 bits too, with bank MSB/LSB in the same message, etc…)

Yes it’s certainly worth reading the link you shared.

It looks pretty well considered.
How can we help?

Yes, I am actively working on it. I have almost finished a RTP-UMP daemon for the Zynthian, which should be ready in 2 or 3 weeks (the Zynthian may then become the very first synthesizer officially supporting MIDI 2.0

However, the biggest problem is that there is currently no software supporting it natively (at least officially). So I am also preparing a software bridge which allows any sequencer (Linux and Windows for now, Mac should come later) to control the Zynthian over MIDI 2.0 protocol.

I hope this will give the impulse to have soon plugins inside the Zynthian which support natively MIDI 2.0 and its expanded capabilities.