Hi y’all!
I just finished assembling the Zynthian, it seems that I would need to correct the ‘control button issue’ which don’t seem to work. I will link it to the network later on.
I also experience what looks like a lack of power from the usb supply, which is a bit disappointing but nothing that can’t be fixed. 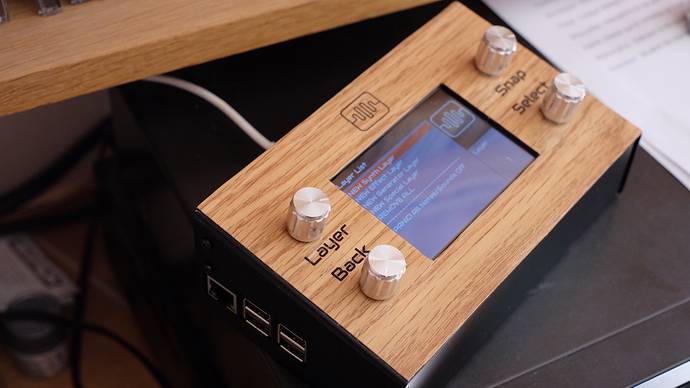 So far so good…

What do you mean by the control button issue? Do you mean the separate I/O connections for switches?

USB power supplies are the cause of most of the problems we’ve probably seen.

I like the matching appearance to the the shelf!
It’s a good idea to connect to the Internet or your LAN, simply because you can easily update to the most recent software version easily.
Obviously you can do this over wifi as well, but for any serious network use, it’s probably a good idea to consider Wired Ethernet.

And then, of course, there is the issue of

So I managed to change the kit choice using the Explorer (V3 ); but after the reboot the controllers still don’t work.
I also have two small red warning signs blinking, a little red triangle and a little red lighting sign.
Can anyone help me to get these issues cleared out?
Thanks

This may not solve your problem but you should start with this.

I used the RC-3 image; Got that from the link on the V3 build page https://wiki.zynthian.org/index.php/Building_a_Zynthian_Box_using_an_official_Kit_v3

The Zynthian starts up ok, the UI seems correct and the touchscreen works. 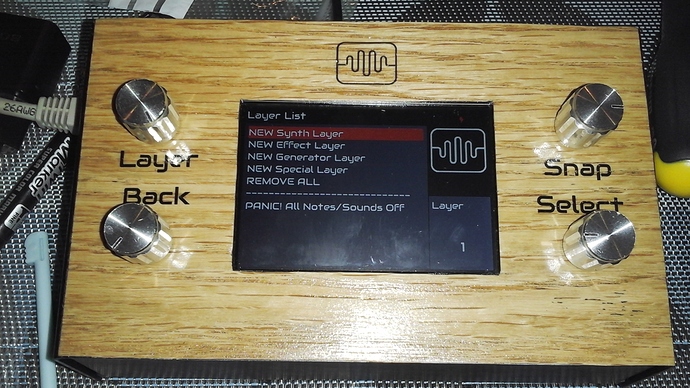 WOW! Wooden faceplate! I love it!

Those are the indicators of a weak power supply. You might want a beefier one. What power supply are you using now?

I’m using a 5v/2,1A PS. I got rid of the triangle, only the red flash sign is left…does this indicate poor power supply ?
And may this lead to a malfonction of the encoders?
I tried a software update which starts with the word ‘fatal’…that doesn’t look good does it? 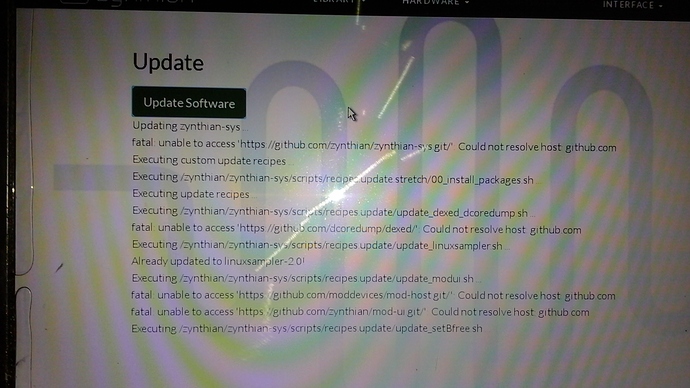 Do you have connected your zynthian with the internet?

This may not solve your problem but you should start with this.

Anyway, bad power supply can provoke all strange issues you can imagine.
Your priority should be getting a decent power supply … or a decent cable!! Seriously, the cable is as important (or more!!) as the power supply!

Thanks to you guys for coming to my rescue !
I ordered (after trying several usb power supplies that I had laying around) a 3 amp PS designed for Raspberry, so that should solve the power issue.
I will now replace the RC-3 OS image by the one you linked me José, I will of course keep you informed.

What is the difference between the RC-3 and the ‘buster lite’ OS?

I flashed the new os image; it started correctly as far as I can judge, and the encoders work !! 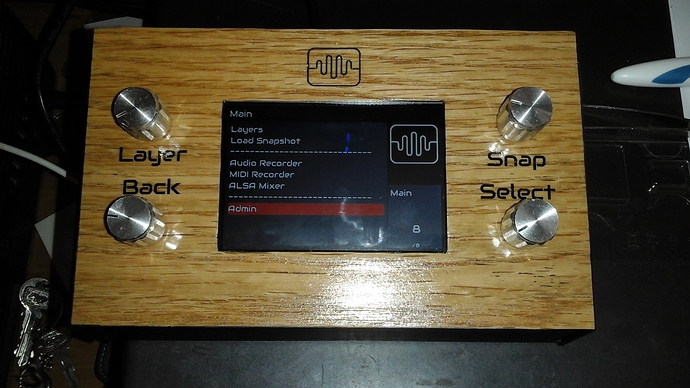 Anyway, no matter what happens next (maybe there will be some other surprises) I really want to thank the community here for being so friendly and helpful. When I saw this morning that José answered me after midnight…wow man what can I say?
Besides that I really enjoyed the first part, the construction procedure is really good and I had fun assembling the kit. Besides the final construction is real sturdy, ergonomic and attractive to the eye (especially in my ‘real oak faceplate’ ofcourse

!
Greetings to you all!

When I saw this morning that José answered me after midnight…wow man what can I say?

He’s been very, VERY naughty in the past and has a lot to make up for. . .

He’s been very, VERY naughty in the past and has a lot to make up for.

Under cover of the night…now I understand !

The Zynthian is working but…there are quite a lot of uninvited noises playing around (clicking, popping, the usual suspects)

now I suppose they’re probably linked to the little ‘red flash’ icon, indicating a power issue (?).
I ordered a 3 Ampère PS this morning so let’s hope this wille solve that problem…anyone had the same experience?

There are two error indicators:

When the power supply is insufficient the under power indication lights (occasionally) and the CPU is throttled which results in less processing power available. This may be caused by the PSU being unable to deliver required current or the cable having too high impedance, resulting in voltage drop across the cable.

When an xrun occurs there will be a discontinuity in the audio signal which results in an audible click. xrun may be buffer underrun (insufficient audio data reaching the DAC) which would put hole (short silence) in the output or it may be a buffer overrun (too much data reaching DAC) which would put a discontinuity (sudden jump in sample level). The former (underrun) is most prevalent.

A weak PSU or poor quality cable is probably the most common cause if issues with Zynthian and sounds like the most likely candidate for your sound issues.

Once again thanks for the very complete and explicit reply; I will normally receive the correct usb charger around Wednesday so let’s wait and see.
So far i’m amazed by the huge number of ‘sounds’ , all very usable and great.

Yes!! I found the good old WORKING USB power supply in the back of the good old drawer!!
So it’s only noted for 2,1A, still the Zynthian works correctly and fast, it’s absolutely wondeful!
I’m very happy about my choice for this project, the sound really is great (Out to Roland Edirol UA-5 sound card and into my headset), lots of headroom, no boxy or metallic (cheap) sounds, very mellow and deep.
Now if you will all excuse me I have to get back to playing with my Zynthian