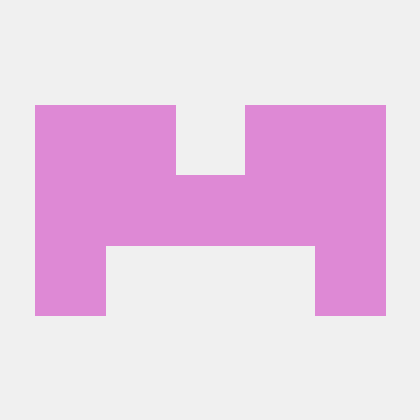 Looper plugin for LV2. Contribute to stevie67/loopor development by creating an account on GitHub.

don’t know if it can be ported to zynthian but would be v useful.

I havn’t tested loopor until now. Can you do and write something about in the forum?

will do thanks for this

works fine with MODUI where you can click the buttons with a single mouseclick but i think there are issues with double click when an encoder is turned especially on dub where double click clears all loops giving unreliable results.

so have hashed together a quick arduino 5 switch midi foot pedal and it makes this plugin come to life. lots of fun…

incidentally my foot pedal has problems with play/pause and record using the original sooper looper i think it has to do with the type of switch on the plugin.

anyway lots of fun
thanks again

this plug-in works quite well. It can be configured and used well from the MOD-UI web interface.

I still do not have configured it totally to be used from my MIDI controller (M-Audio Axiom Pro25). I can use its bottoms to do latch-type switches (sending pulses), but I do not manage to configure them to actuate as fixed switches. Its to say, I can “connect” the ON/OFF virtual bottom to a real bottom of the keyboard, but I have to keep the bottom pushed for the looper to be ON.

I will continue studying MIDI… I have so much to learn!!

Many thanks for the wonderful project and updates. I enjoy it every time I catch it. And I am making some people to fall in love with Zynthian…

I can “connect” the ON/OFF virtual bottom to a real bottom of the keyboard, but I have to keep the bottom pushed for the looper to be ON.

Can you specify the plugin and exact parameters you are trying to configure with MIDI-learning?
Have you tried to configure the keyboard buttons? I’ve an AKAI MPK mini and the buttons can be configured as fixed switches as well as pulse switches:

Hey, I just received the MPK mini mk2 today and installed the editor and firmware update. The midi notes all seem to work great and respond in-program to the changes I've made in the editor. The only thing I can't seem to get working is the toggle...

Perhaps your keyboard can do the same.

If your keyboard can’t be configured in such a way, perhaps we could look for a solution, although it’s not so easy. Some parameters are switches and some other are latches. They are different concepts

Latches are quite strange in Zynthian UI: setBfree’s “rotary toggle” is the only latch parameter i can remember right now.

Anyway, some trick could be conceived extending the MIDI filter a little bit …

There have been a few discussions over the years on loopers. I have taken a look at some of the available loopers.

Although SooperLooper is fairly feature rich, the LV2 implementation in Zynthian is lacking most of these features and works quite poorly. There hasn’t been any work on the plugin for quite some time.

Loopor looks interesting but does not support synchronisation with jack clock which is a feature that has been requested here.

ALO looks quite promising and is the looper that I have found integrates best with Zynthian, at least for my workflows. It provides 6 syncrhonised loops, all with the same length defined by the first loop created. Each loop may be started and stopped independently. There is no overdub available within a loop but multiple instances of ALO can be run to give more loops if required. You prime a channel then recording starts when the input signal reaches a configurable threshold. (It is actually recording all the time into a buffer so the attack is not lost (unless very slow attack).) It can run as a standalone looper, starting when you play the first sound and stopping / looping when you press stop or start another loop recording. But it wins for me because of its sync to jack clock. (Actually LV2 clock but essentially the same thing in our world.) By starting a (empty) sequence looping in ZynSeq, ALO synchronises and plays a metronome click with first beat emphasised. It is aware of the beats per bar defined in ZynSeq so you can set the bar length to suit. (5/4 anyone?) You set the quantity of bars each loop will span then prime a channel to record. When you start playing it will create the loop as long as the defined bar span. This works nicely and you can then add more loops and start/stop to add to / remove from mix. There is a wet/dry mix adjustment. ALO is already bundled with Zynthian so getting started is easy. Because it can sync with master clock it is failry easy to prime a channel in the UI then go back to your instrument to record it. It can record from an external audio source, e.g. microphone, guitar, etc. or can be cascaded as an instrument effect to record your synth layer but beware of MIDI trigger…

ALO also allows prime / start / stop loops using MIDI note on/off, e.g. playing middle C will prime the first channel and releasing the note will stop the loop. This is handy to control the looper from a MIDI controller, e.g. foot pedal but most do not send out MIDI note on/off so Zynthian MIDI filter could be used to translate these but it might be simpler to just map midi controls directly to the LV2 control. A bug means that once you have started using MIDI triggers the LV2 controls stop working which is frustrating if you don’t understand this constraint. If you are not using MIDI triggers then it is probably worth changing the base note in the plugin to something away from your keyboard range, especially if cascading this as an instrument layer effect because it will get your MIDI.

The reset modes are a bit odd and I have requested clarification on their behaviour. You are supposed to be able to double click to clear a loop but in most modes this seems to clear all the loops which is rather frustrating. By default it uses mode 3 which should only clear the double clicked loop but I am not convinced this works propoerly. Mode 1 will clear loops when none are playing, i.e. stopping all loops clears all loops but whilst any is playing you can restart others. Mode 2 is similar but will also clear all loops if double clicking any loop. Mode 3 also clears all when they are all stopped. I feel there may be a mode I am missing due to the cumulative effect of the modes rather than ability to select individual behaviours. I need some foot pedals to control the loops to better understand them and use them.

Beware that changing the clock tempo or quantity of bars to record will clear your loops. I think this is because ALO does not support varispeed and so a simple reset is a pragmatic way to avoid any issues with tempo changes. Also disabling ALO will clear all audio. Loop 6 behaves differently - I won’t try to explain it here…

The ALO developer came back quite promptly to one of the issues I reported which gives me some confidence the plugin is being supported. It is primarily targeted at MOD-UI so the GUI is only available there. (They use their own GUI mechanism based on HTML, not the standard LV2 UI system.)

I have heard a few unwanted splats at the loop point. I haven’t played enough yet to figure out whether that is something I need to learn to play differently or could be improved in software. It might be related to the phrasing being synchronised with bars and hence the loop point might need some learning. I will play some more with a ZynSeq pattern playing to give me some better registration. The click track from ALO plays when locked to clock and all loops are empty then stops once you have recorded a loop which is fine if your first loop is nicely quantised but if you start with a backbeat or some synchopation then it may not be obvious where the start of the loop is.

I think with a couple of software tweaks this could be a good fit for Zynthian. 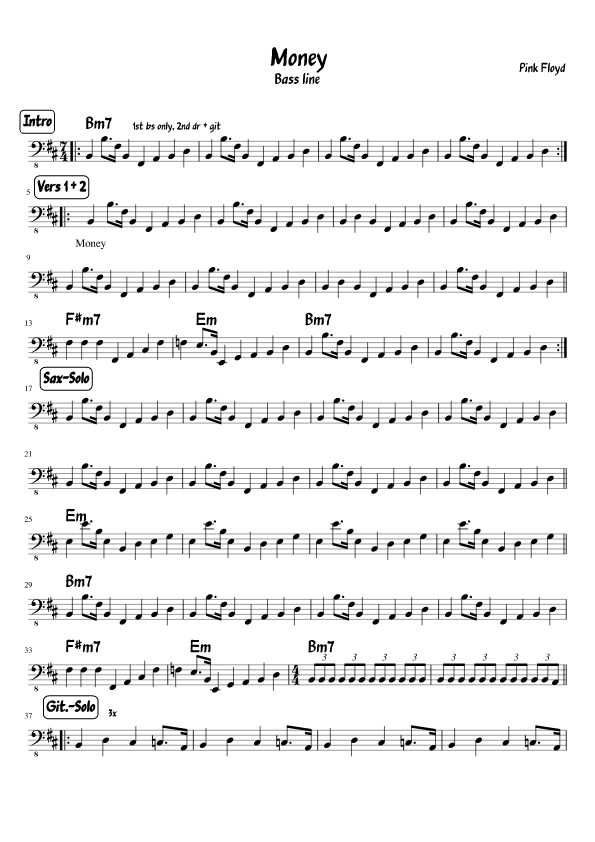 More seriously: thank you for this in depth report. For sure a good looper would complete nicely zynthian. 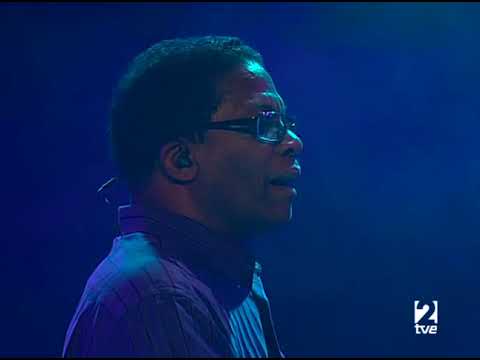 @riban, I am so impressed with your looper adventure and exploration. Was waiting for so long to get a good stereo looper running on our little beasts (Zynthians)

Cheers! I’ve had a bit of fun playing with it but the issues I reported to the developer need resolving before it is of much use. I did a quick software hack to fix the most critical one where all loops are cleared instead of just the intended one. If I find time I will at the code again and submit some PRs with further fixes.

Your snapshot shows you have a pattern with 16 beats. You sequencer is set to 4 beats per bar hence this patter spans 4 bars. Your ALO is configured to loop after 2 bars hence all is behaving as designed. If you want ALO to span the whole 16 beat pattern then you can either increase the bars in the ALO plugin (page 3 of its settings) or make your sequence bars 8 beats long (Beats per bar in sequencer menu.).

Thanks - this dependence did not realized. I will continue to try and play with ALO looping.

I tried to get ALO working, but I can’t find any kind of manual. Just some hints on forums how it might work, but nothing really useful for a beginner.
I don’t know what the modes mean. Well, stuff like that. Did anyone write a manual?

Sooperlooper works fine. It has buttons like record and play. That are things I am familiar with.

GitHub - devcurmudgeon/alo: A Looper plugin for MOD duo is the GitHub page for ALO with some details on its use. Look above in this thread for my description of how to use it which is fairy comprehensive.

Also those of us who have used it are not using mod-ui. We’re loading it in as a zynth layer and manipulating it with the knobs.