I’m happy to announce there is a new project based on zynthian, that has the goal of spreading the reach of Zynthian by demonstrating how well Zynthian is suitable not only as a synth platform as is, but also as an open-source base for expanding ideas and try new things on it:

Introducing “Zynthbox”, an open modular workstation concept in form of a custom img for rpi4, based on the original zynthianos.

Zynthbox uses Zynthian for all underlying sound and synth engine handling, then adds a customizable modular layer UI on top that simulates a minimal workstation concept for rapid sketch / song building. This said, the target form factor is different than Zynthian, where is recommended you connect a 7 inch screen to it. Also, it is focused on quick sketch capturing ideas, so at at some point you will likely need to export the audio and continue in a DAW, if you care for absolute full on production. For anything less, our aim is to make the software sufficiently useful.

Please note that the first boot takes quite a while as the system expands the available space automatically to the sd cards limit.
After that, any subsequent booting should be faster, depending on the sdcard in use.

Here are some more details at this stage:
The project is currently in an early alpha stage, which means it is not every day production ready and we are still in an “ideas testing” phase, which may or may not what you like, as it also means you may be interested in giving feedback that may influence how the first version 1.0 stable might look like. At this point almost all of the sound functionality comes from zynthian, albeit presented and made accesible in a different way, following more a “minimal workstation” concept that focus on quickly capturing sketches for then later export and full production in a daw.
Some of the functionality zynthbox provides:

So zynthbox is all about expanding zynthians capabilities to cater to a different goal, therefore not replacing, but adding to the zynthian concept to possibly attract more people to become aware of zynthian, while sharing the underlying technology and resource stack (LV2 plugins, engines, presets, control parameter mappings), and the zynthbox modular extensions. There are plans to also directly collaborate with the zynthian developers to help zynthian get a better, more fully usable API, so any UI project, including zynthbox is able to make use of it.

This alpha version is provided as is: It should be basically usable, but contains still quite some bugs and unpolished areas, like missing functionality or unconnected dots. On the positive side, this early state allows any one who likes the concept and wants to help make it better to join in that early. So anyone is more than welcome to post any comments here or leave report bugs on github or post suggestions of ideas or proposals here or at github. Our goal is to reach a 1.0 stable version by summer 2022.

Mid to longterm, there will also will be a collaboration looking for a possible fully open hardware concept, but that is for another post sometime in the future.

So if you like to get involved with early alpha testing, give it a try:
https://www.zynthbox.io/

Our github is here:

Open Workstation UX/UI (based on Zynthian). Zynthbox has 9 repositories available. Follow their code on GitHub.

We surely love to hear your feedback! 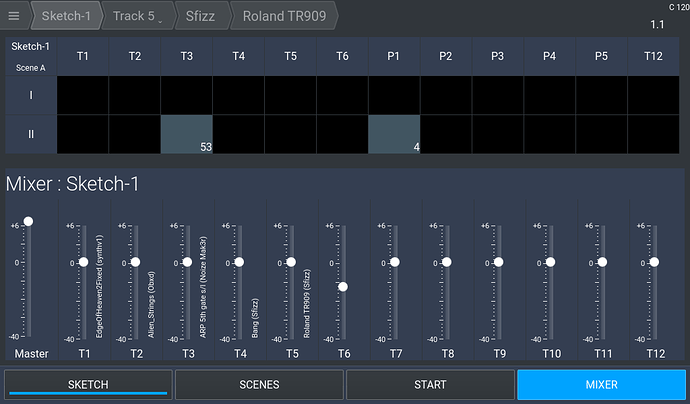 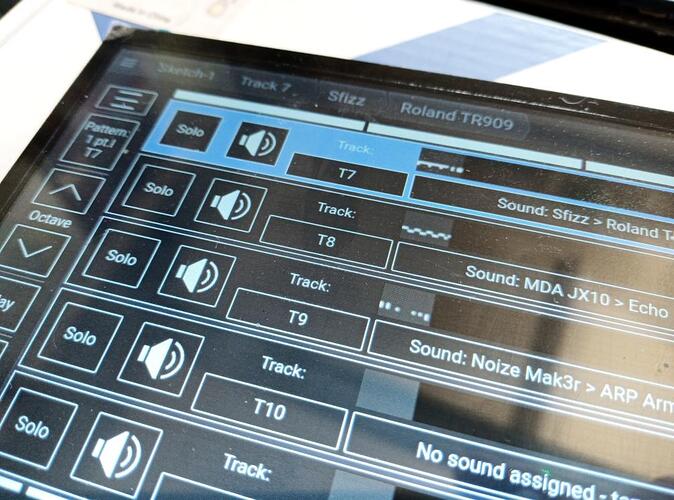 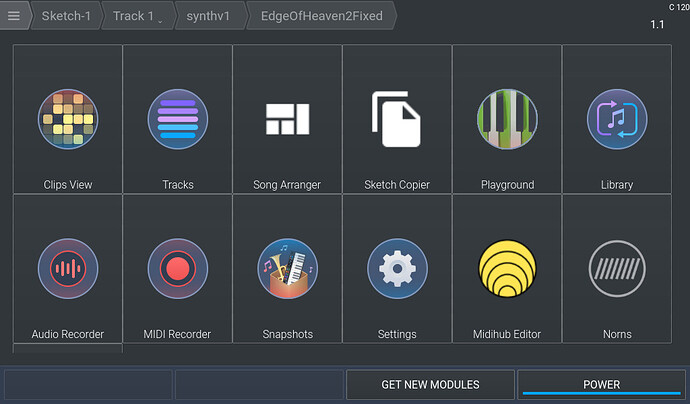 PS: The midihub is not part of default, it was used to demo that people with such a hub from blokas could run the configurator on the box too (I have one

)
And yes, that “norns testing” module is kind of working within zynthbox after install (it is an extra module), here are some errata:

If you want to know more about that or help, just ask

Sounds interesting. Any screenshots or vids to demo? Inquiring minds would like to know.

I’ve just installed it and it looks really interesting. Thanks for creating this!

Like you said it’s still buggy (sometimes the UI hangs, needing a reboot), but the main issue I have is that the master fader in the mixer is all the way down and I can’t move it.

The other faders react fine and when I do the audio test found in Settings I do get sound from my output.

thanks for the feedback and testing!
Do you have any soundcard connected to the rpi or only use the headphones out?
Does picking any synths for e.g. Track 1 allow you to play and hear sound?

Hi pac_71, I will post some current ones in the original comment, as things change rather fast in this stage, screenshots could get outdated quickly

Can you please let us know your audio configuration. It will be of great help to know what sound card you are using, Rpi Headphones or something else is selected?

We noted down the issue and will try getting a fix for the same.

I use a HifiBerry DAC+ (and configured it in Zyntian settings) and RBpi headphone setting is off.

Don’t remember what I did exactly, but in Playground I can get some sound out of track 7, now.

I’m not sure if this is a known issue, but I found another thing.

The sequencer screen (like shown your screenshot above) doesn’t fit on my display: I only see parts of tracks 7 to 11 and I can’t scroll to see the rest.

Yes, this is known for screens with less than 1024x600 resolution.
Will add that minimum resolution info, so maybe with less we can get scrolling or minimizing elements to work better.

It seems reasonable to declare a minimum or optimal or only resolution at which an application works. I know we expect everything to adapt to whatever screen we are using but maybe some applications are designed to work on specific hardware. Zynthian tries hard to work at different resolutions on different screens but Zynthbox is a different thing. Of course Zynthbox users QT which has the ability to adapt so maybe it could handle different configurations - but let’s see it develop first to be more feature rich, stable and efficient.

The rest of the interface works quite well on my display, I think. If you could manage to somehow fit the sequencer window on it, that would be great.

(It may even be a viable minimum resolution in the future, depending on how well this can work)

Hey there! One of them people what do work on the thing here

Entirely correct, what you spotted there was a little error that’d snuck in, and it’s indeed supposed to fit (if perhaps not perfectly, but it should be able to squeeze down in side a fair bit even if the controls will end up really tiny and a bit awkward at times). i’ve fixed it (actually did so last week), and next time we roll an update for it, the pattern popup should fit on your display. Simple problem ,and simple fix, too — i do like those

Plenty of other stuff coming up as well, of course, but thought i’d mention that i’d fixed the thing you commented on specifically

Also just checking in in general here to say that i really look forward to seeing what people do with this thing. Realising that i’m sat on the inside of the project and whatnot, but i look at what we got and see a whole lot of potential that i, as an absolute musical plebian, have no chance of making proper use of, meaning i have to look to those with the skills to use it. Properly excited to see (or hear, i guess

Thanks!!
I’ll check it out and let you know.